(Votes:30, Average:4.7)
If the online broadcast of The Wave doesn't start, or lags, please contact us on the Contact page, or try to find the error on the Troubleshooting page. 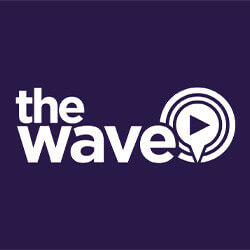 Listen to the internet radio of The Wave live, which started in 1995 as Swansea Bay’s local radio station. The radio is in the ownership of Bauer Radio Ltd., part of the Planet Radio Group.
The playlist of The Wave radio brings a more diversified palette of music than the most common pop-orientated radios, because besides the pop, also fills its musical repertoire with rock, urban, and dance genres. The songs are chosen mainly from the current waves, but sometimes older songs widen the wave-palette's timeline.
As a local station, The Wave ensures continuously the locally relevant news, travel-traffic, and weather information supply for the people of Swansea Bay and South West Wales.
The broadcaster is the home of "The Wave Breakfast with Leigh and Claire" breakfast show, from 6am to 10am on weekdays, where Claire Scott and Leigh Jones turn Swansea Bay’s foggy mornings into a joyful-chatful-tuneful happiness. The Saturday mornings are under the supervision of Fleur East who sets the dynamics of the weekend from 9am to 12pm. On Sundays, from 4pm to 7pm, "The UK Chart Show" is broadcasted, led by Sarah-Jane Crawford who counts down the hottest 30 songs.

Swansea area - 96.4 FMThe broadcast is available on the traditional analogue radio way on 96.4 FM and on DAB Digital Radio in Swansea area, and without territorial restrictions by its online radio stream.
Your favourite radios
Heart Xmas
Darlene Love - Winter Wonderland

Heart Dance
Moloko - Sing It Back

Capital XTRA
Rihanna - Lift Me Up

Radio Caroline
Thunderclap Newman - Something In The Air

U105
Dire Straits - Romeo And Juliet

Pure Radio
Billy Mack - Christmas Is All Around

News about The Wave

Hits Radio networking starts on new Bauer stations
Bauer’s newly acquired local radio stations are starting to introduce Hits Radio Brand programming from Monday 15th June 2020. The on-air changes start today at the Wireless stations becoming part of the Hits Radio network – Signal 1, Pulse 1 and The Wave (Swansea) – which will get new imaging, production, jingles and playlists to reflect the new status. For those stations, a new Chilled network show will air from 10pm till 1am with Hattie Pearson (Sunday – Thursday) and Scott Clarke (Friday & Saturday) and new additions to the weekends include the UK Chart Show on Sundays with Olivia Jones...More >>
radiotoday.co.uk - 15.06.2020
Nominations for the 2020 IRN Awards revealed
The nominations for the 2020 IRN Awards have been announced by Sky News presenter Kay Burley. There are 12 categories including the Student Journalist of the Year prize which is supported by the Broadcast Journalism Training Council. The awards event itself will take place at Sky Cinema in west London on Thursday 26th March 2020, also hosted by Kay. IRN Editor and Chair of Judges, Dave Terris said: This is a stellar list of nominations representing the gold standard in commercial radio news and sport...More >>
radiotoday.co.uk - 12.02.2020
Shortlist out for Audio and Radio Industry Awards 2020
The shortlist for this year’s Radio Academy’s ARIAs have been announced at an event at News UK headquarters in London. Presenters getting nominated include Chris Evans, Greg James, Stephen Nolan, Zoe Ball and Frank Skinner. Bauer leads the Commercial Radio nominees with just over two dozen, whilst we count that News UK has around 15. Global isn’t mentioned due to not submitting any entries once again this year. The rest of the shortlist includes newspapers, independent podcasts, independent producers and presenters, along with a few local radio stations including...More >>
radiotoday.co.uk - 15.01.2020
Christmas specials planned at former Wireless stations
The stations formerly known as Wireless Local have created a number of special programmes to broadcast across their Christmas schedules. The group’s in-house team of producers & programmers have created shows with Chris Kamara, Robbie Williams, Tom Walker and Rick Astley that will feature on their schedules over the Christmas and New Year holiday. Robbie Williams, Rick Astley and ‘Christmas Kamara’ are on air on Christmas Day and Tom Walker presents his own one hour special on Boxing Day...More >>
radiotoday.co.uk - 11.12.2019
RAJAR Q3 2019: Regional and local radio facts and figures
The big stories from the regions are that Heart has increased its audience despite rolling out a national breakfast show, and Greatest Hits Radio stations are taking a beating under their new names. Global - For the Heart brand, overall, it has seen an increase in listeners since taking its breakfast show national. It now has 9.8m weekly reach compared with 9.7m last quarter and 9.6m last year. In the regions, seven Hearts went up including Scotland and North East England, nine went down including West Midlands and two stayed the same...More >>
radiotoday.co.uk - 24.10.2019
Opinion: UK commercial radio presenter numbers could drop by more than 250
With news that Global is to introduce networked breakfast shows and have just a handful of local drive shows across Capital, Heart and Smooth, RadioToday’s Stuart Clarkson has done the maths on what it means for presenter roles across commercial radio. Our exclusive figures show that presenter numbers could drop by more than 250 if both Global and Bauer take full advantage of the recent changes in localness guidelines from Ofcom.More >>
radiotoday.co.uk - 26.02.2019
Olivia Jones replaces Elliot Holman on Total Access
The Total Access evening show, which airs across local radio stations owned by Wireless, is getting a new host as Olivia Jones takes over from Elliot Holman... Wireless’ Group Programme Director for Local Radio, Terry Underhill told RadioToday: “Elliot has done a fantastic job building Total Access to record high audience levels and we are delighted that he’s accepted our offer to take over the mid-morning show on Signal 1. Olivia is the perfect person to take over Total Access. Her energy, enthusiasm and talent will shine in our newly refreshed network evening show.”...More >>
radiotoday.co.uk - 30.01.2019
Wireless creates its own weekly Top 40 show
Local radio stations owned by Wireless are to broadcast a new weekly Top 40 chart show each Sunday afternoon from 4pm till 7pm. The Total Access Top 40 will be hosted by Olivia Jones and available on nine stations – Signal 1, Signal 107, Wish FM, Pulse 1, Peak FM, Tower FM, Wire FM, Radio Wave and The Wave. The chart will be compiled from airplay, downloads and sales in the UK and sponsored by The Sun.More >>
radiotoday.co.uk - 20.12.2018

20:26Lost Frequencies and Calum Scott - Where Are You Now