(Votes:22, Average:4.8)
If the online broadcast of Nation Radio doesn't start, or lags, please contact us on the Contact page, or try to find the error on the Troubleshooting page. 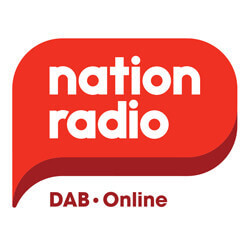 Listen to the internet radio of Nation Radio, which launched in 2016 as Thames Radio and changed its name in 2018 to its current, and became a non-stop music station offering a carefully selected melodic, lyric and emotional pop line-up from the last 50 years. The broadcaster is in the ownership of Nation Broadcasting Group.
Nation Radio UK keeps its listeners informed with news, travel-traffic info and weather updates. The weekday mornings are supervised by Neil Fox who performs "Fox's Morning Surgery" from 6am to 10am bringing the best tunes of the last half-century, and chats with various guests.

You can select the radio's Wales and Scotland broadcast and the decade oriented sister stations Nation 70s, 80s, 90s and 00s, and the broadcaster's thematic channels Dance, Love, Rocks, Hits, Party are also available below the player.

Radio Essex
Rita Ora - You Only Love Me

45 Radio
Bonnie Tyler - It's A Heartache

Greg Burns joins Nation Radio UK for a daily show
Former Hits Radio, Heart and Capital presenter Greg Burns is joining Nation Broadcasting. He’ll host Drive each weekday on Nation Radio UK and Weekend Breakfast on Saturday and Sunday. Greg said: “I’m really excited to be joining the ever-expanding Nation Radio network. It’s great to be back on a lineup with the legend that is Russ Williams and to be handing over to Foxy’s jukebox every evening too..."More >>
radiotoday.co.uk - 13.05.2022
Nation Radio changes include daily shows for Neil Fox and Russ Williams
Nation Broadcasting has announced a number of schedule changes across its Nation Radio stations serving Wales, Scotland and the UK starting on Monday 11th April 2022. The moves see Russ Williams take a new afternoon show between 1-4pm on Nation Radio Wales and Nation Radio Scotland...More >>
radiotoday.co.uk - 05.04.2022
Nation Radio UK reveals weekday presenter line-up
Mike Read, Russ Williams, Neil Francis, Neil Fox and Dean Martin are leading the programme schedule for Nation Radio UK. The team of well-known presenters will be on the station from launch day – 4th January 2021 – on a number of local DAB multiplexes. It’ll be available initially in London, Scotland, the North West and the South Coast as well as the usual online places. Former BBC Radio 1 Breakfast presenter Mike Read says: “Unbelievable! Someone’s let the Jocks out. The boys are back in town…and we know how to do radio. We love the music, we have the passion, and we know how to entertain.” ...More >>
radiotoday.co.uk - 07.12.2020
Audio: Radio industry unites to thank the NHS
Radio stations all over the UK came together to thank NHS workers during the coronavirus pandemic. A mass applause, coordinated under the #clapforourcarers hashtag on social media, showed the country’s gratitude to all the nurses, doctors, GPs, carers and many others working tirelessly to help fight the virus. Industry body Radiocentre encouraged stations from every corner of the UK to take part, with stations including Heart, Capital, LBC, Hits Radio, Absolute Radio, BBC Radio 1, BBC Radio 2 and 5 Live, and Nation Radio, encouraged their millions of listeners to join the applause at their windows, front doors and balconies...More >>
radiotoday.co.uk - 28.03.2020
Nation Radio promotes local angle in Scotland
As Capital Scotland and Heart Scotland promote national breakfast shows, Nation Radio is going big on its local show. A giant billboard has been put in place advertising that Nation Radio is local from Scotland 24/7. The huge site – said to be the biggest advertising billboard in Scotland – measures 26m x 19m and overlooks the busiest motorway junction in Scotland at the M8/M77 merge, where more than 150,000 vehicles a day travel.More >>
radiotoday.co.uk - 28.06.2019
RAJAR Q1 2019: Regional and local radio facts and figures
Whilst the national news is all about new radio stations and breakfast shows, the main headlines in the regions are about one of Bauer’s latest brands. The first results for Greatest Hits Radio in England show a mainly downward trend following the rebrand from City 2 stations last quarter.More >>
radiotoday.co.uk - 16.05.2019
Suzie McGuire joins Nation Radio in Scotland
Suzie McGuire is joining 96.3 Nation Radio in Scotland to host weekend programmes. The former Radio Clyde and West Sound presenter will present every Saturday and Sunday from 10am till 2pm starting this weekend, 24th November. Suzie said; “I was listening to Nation Radio in the car singing along to the songs and thought ‘I love this new station – I should be on it!’...More >>
radiotoday.co.uk - 20.11.2018

19:13Whitney Houston - Saving All My Love For You

18:55Yvonne Elliman - If I Can't Have You
Get older playlist