(Votes:21, Average:5)
Please share Your opinion and comments in the Facebook-comment box below the player! If the radio lags, or breaks, please send us a message on the Contact page! If the radio doesn't start at all, try to check the Troubleshooting page to find a solution! 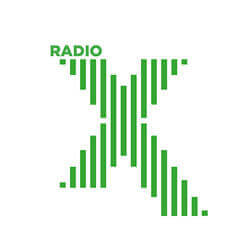 Listen to the internet radio of Radio X live which is the former Xfm’s successor since its 2015 rebrand. The broadcaster is in the ownership of Global Media & Entertainment Ltd.
The primary target audience is the alternative music seeker listeners, who want to disengage from the monotonous mainstream flooded general entertainment industry. Radio X is an excellent choice for those who search unique experience in uncommonly heard treasures from the genres of rock, alternative rock, indie rock and electronica.
The radio's morning programme is "The Chris Moyles Show" which brings alternative sounds for breakfast from Monday to Friday between 6:30am and 10am.

Radio X 's slogan: “Get Into The Music”

Capital Dance
Bob Sinclar - I Feel For You

Virgin Radio UK
Dermot Kennedy - Something To Someone

DJ On Tap
One Direction - Steal My Girl

3FM Isle of Man
The Shires - Cut Me Loose

Capital XTRA
Next - Too Close

Pure Radio
Michael Jackson - The Way You Make Me Feel

U105
Stereophonics - Handbags And Gladrags

Joy Hits
KUU, Alex Metric And Riton - Dance With Me

Blossoms to play exclusive London gig for Radio X
Blossoms are to play an exclusive intimate gig for fans in London next month – Radio X Presents Blossoms with Barclaycard. The gig will take place at O2 Academy Islington on Wednesday 4 May. It’ll be one of the first chances for fans to catch the band live after the release of their hotly anticipated fourth studio album ‘Ribbon Around the Bomb’, which is released on 29 April...More >>
ontheradio.co.uk - 20.04.2022
Chris Moyles celebrates birthday on Radio X live from Britain’s highest pub
Chris Moyles celebrated his birthday earlier today by broadcasting his Radio X show live from the highest pub in Britain, The Tan Hill Inn. The Yorkshire pub, which at 1,732 feet (528m) above sea level is the highest in the UK, became world famous last November when customers attending a gig by Oasis tribute act ‘Noasis’ were snowed in for days after a snowstorm left them and the band stranded...More >>
ontheradio.co.uk - 22.02.2022
Rescheduled date announced for Radio X Biffy Clyro gig
The acoustic performance of Radio X Presents Biffy Clyro with Barclaycard in Hackney Church, which was postponed last month because of the coronavirus situation, has now been rescheduled. Biffy Clyro released their latest album in October, The Myth of The Happily Ever After, a homegrown project that represents a rapid emotional response to the turmoil of the previous year...More >>
ontheradio.co.uk - 07.02.2022
Radio X creates exclusive Biffy Clyro gig for listeners
Biffy Clyro will kick off 2022 with an exclusive acoustic gig for fans, Radio X Presents Biffy Clyro with Barclaycard. Radio X’s Toby Tarrant will host the gig and the station will sell tickets via the Global Player app. The acoustic performance will take place at Hackney Church in East London on Tuesday 18th January, 2022, just before the band begin their rescheduled European Tour...More >>
radiotoday.co.uk - 13.12.2021
Latest listening figures show Chris Moyles ahead of Chris Evans
The latest radio audience figures show a change in listening habits including some stations recording lower numbers at breakfast. This is partly caused by more people working from home due to the pandemic and because the industry body, RAJAR has changed its methodology in measuring audiences. Despite RAJAR urging caution when making comparisons, Zoe Ball, Greg James, Roman Kemp, Chris Evans and the...More >>
ontheradio.co.uk - 28.10.2021
In photos: Global’s Make Some Noise raises over £2.7 million
Global’s Make Some Noise has raised over £2.7 million for small charities that help disadvantaged people across the UK after a day of on-air activities. All of its radio brands came together – Heart, Capital, Classic FM, Smooth, LBC, Radio X, Capital Dance, Capital XTRA and Gold – to raise funds and awareness for small charities in local communities across the UK, including food banks, mental health and domestic abuse helplines...More >>
radiotoday.co.uk - 08.10.2021
Noel Gallagher signs up for a new Residency show on Radio X
Noel Gallagher is to host a Sunday night residency this August on Global’s Radio X. He’ll be hosting the new show with his friend and comedy writer Matt Morgan, and will be heard every Sunday from 7pm till 9pm this month. The residency will see Noel pick some of his favourite music and answer fan questions. As well as being able to listen to Noel and Matt on Radio X, fans will also be able to...More >>
radiotoday.co.uk - 04.08.2021
The Vaccines to play first gig in two years exclusively for Radio X
The Vaccines and special guests The Snuts will make their hugely anticipated return to performing live for fans this month in an exclusive gig for Radio X. The bands will play to a live audience for the first time in over a year in ‘Radio X Presents The Vaccines with special guests The Snuts with Barclaycard’ at London’s O2 Forum Kentish Town on Monday 26 July...More >>
ontheradio.co.uk - 13.07.2021
Winners announced for the Global Awards 2021
The winners of The Global Awards 2021 have been revealed with Dua Lipa picking up three awards. Now in its fourth year, The Global Awards brings together Capital, Heart, Smooth, Classic FM, LBC, Radio X, Capital XTRA and Gold, to honour the stars of music, news and entertainment. However, this year the LBC Award, previously won by Steve Allen, has been removed as a category, along the Best Podcast. The awards ceremony was unable to take place this year...More >>
radiotoday.co.uk - 03.05.2021

18:51My Chemical Romance - Welcome To The Black Parade

18:33Blossoms - There's A Reason Why (I Never Returned Your Calls)