(Votes:13, Average:4.8)
Please share Your opinion and comments in the Facebook-comment box below the player! If the radio lags, or breaks, please send us a message on the Contact page! If the radio doesn't start at all, try to check the Troubleshooting page to find a solution! 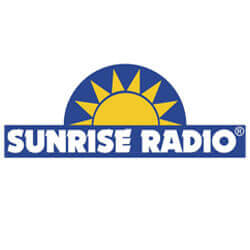 Listen to the internet radio of Sunrise Radio live, which was the first non-stop broadcasting commercial radio station for the South Asian diaspora in the UK. In 2016 and 2017 Sunrise Radio earned the "Radio Station of the Year" award from the Asian Media Awards.
Sunrise Radio London's diverse programme structure brings music from the asian cultural line, besides talk shows, phone-ins and more. On weekdays, the hourly news bulletins in daytime (7am-7pm) focus on South Asia, and the nighttime’s (11pm-7am) for mainly national and international news. The station wakes the listeners with the refreshing asian music selection of Raj Ghai on weekdays from 6am to 9am.

Heart FM
Keith Urban & Pink - One Too Many

Magic FM
Pet Shop Boys and Dusty Springfield - WHAT HAVE I DONE TO DESERVE THIS?

Mellow Magic
The Corrs - What Can I Do

Gold Radio
Detroit Spinners - Working My Way Back To You

DJ On Tap
Matt Bianco - Don't Blame It On That Girl

KISSTORY
Fugees - Ready Or Not

Magic at the Musicals
The Greatest Showman - Never Enough

Cheesy FM
Calum Scott - Dancing On My Own (Tiesto Mix)

Magic Soul
Janet Jackson - When I Think Of You

Absolute 70s
Mott The Hoople - Roll Away The Stone

Sunrise Radio partners with UK Asian Film Festival
Sunrise Radio is supporting the 23rd Edition of the UK Asian Film Festival. Historically this Film Festival showcases South Asian feminist films and the work of pioneering female artist and auteurs. The Festival will take place from the 26th May to 6th June on the Modern Films website UKAFF, and in venues across London, Leicester and Coventry, now that lock-down restrictions are being eased...More >>
radiotoday.co.uk - 13.05.2021
Presenter and journalist Anila Dhami joins Sunrise Radio
Sunrise Radio has hired presenter and journalist Anila Dhami to host a new current affairs show. The new weekly programme starts on Sunday 1st November 2020 with the television host and marks a return for a current affairs show to the station. Tony Lit MBE said, “Sunrise Radio has always been the voice for British Asians over the past 31 years and with the challenges being faced here in the UK and Worldwide, I feel that it’s important that Sunrise keeps our listeners informed and also gives them a platform to share their opinions...More >>
radiotoday.co.uk - 29.10.2020
RAJAR Q4 2019: London and national brands round-up
Coverage of the general election helped 5 Live, Radio 4 and LBC each add half a million listeners across 2019. 5 Live is up from 4.9m to 5.4m in the Q4/2019 RAJAR listening figures, while Radio 4 has added a similar amount, rising from 10.4m a year ago to 10.9m now. LBC, including new digital station LBC News, posts a record high of 2.7m listeners (up more than half a million year on year), while talkRADIO is up more than 40% from 12 months ago to now have 433,000 listeners a week – another record high for the Wireless station...More >>
radiotoday.co.uk - 06.02.2020
RAJAR Q3 2019: London and national brands round-up
Zoe Ball has lost another 364,000 listeners to her BBC Radio 2 breakfast show in the latest radio listening figures from RAJAR. It means more than a million weekly listeners have switched off since she took over the breakfast show from Chris Evans in January. In the period 24th June to 15th September 2019 (Q3/2019), Radio 2 breakfast had a weekly reach of 7.902m – that’s down from 8.266m in Q2 and 9.047m in Q1.While Zoe is still the presenter of the UK’s biggest breakfast show, the figures are the lowest for the slot in a decade – since...More >>
radiotoday.co.uk - 24.10.2019
RAJAR Q2 2019: London and national brands round-up
Zoe Ball has lost more than three quarters of a million listeners to her BBC Radio 2 breakfast show, according to the latest audience research from RAJAR. The show’s reach is down 781,000 quarter-on-quarter to 8.266m for the three months survey period up to the 23rd June 2019. In Q1/19 she had 9.047m listeners; in Q2/2018 Chris Evans reached 9.038m. Radio 2’s audience at breakfast is now the lowest its been since Q3/2010, when Evans was fairly new in the job.More >>
radiotoday.co.uk - 01.08.2019

01:57No Song Available
Get older songs