(Votes:65, Average:4.8)
Please share Your opinion and comments in the Facebook-comment box below the player! If the radio lags, or breaks, please send us a message on the Contact page! If the radio doesn't start at all, try to check the Troubleshooting page to find a solution! 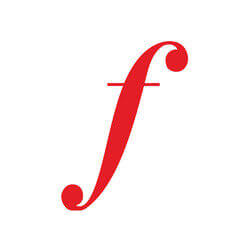 Listen online to the internet radio of Classic FM live here, on UK Radio Live!
As individual radio station, Classic FM radio is the fourth most popular in the United Kingdom, and the first most popular in the world in its solely classical genre. In the commercial radio segment, as individual station, the radio is the most popular in the UK. The broadcaster is in the ownership of Global Media & Entertainment Ltd., which has the United Kingdom's most radio listeners in the commercial radio segment by its numerous famous radio brands.
With more than 5.4 million weekly listeners, Classic FM takes responsibility for the largest classical music lover community’s musical supply in the UK, by broadcasting the most captivating pieces of the classical genre from all over the world. The station identifies itself as “UK’s only 100 percent classical music radio station”. For a more diversified experience, movie soundtracks, and video game soundtracks from the instrumental-orchestral genre also appear sometimes in the broadcaster's playlist. The radio’s presenters work with subtle speech style in favor of the undisrupted classical atmosphere. The schedule, besides the music contains short news blocks, so keeps its listeners updated with the most important news and weather reports.
The broadcaster sets the starting note with "Classic FM's More Music Breakfast with Tim Lihoreau" on weekdays from 6am to 9am.

The broadcast is available on the traditional analogue radio way in the United Kingdom on 100-102 FM, and on several digital ways, we recommend the online radio stream.

E-mail: You can send your e-mails to Classic FM from the official website here: http://www.classicfm.com/contact/classic-fm

SMS: 61812 (Get informed by your network provider about SMS service costs)

Mellow Magic
Marvin Gaye - Let's Get It On

Smooth Radio
George Michael Feat. Aretha Franklin - I Knew You Were Waiting (For Me)

Gold Radio
Beatles - Lucy In The Sky With Diamonds

Metro Radio
Shane Codd - Get Out My Head

Absolute 90s
Lenny Kravitz - It Ain't Over Till It's Over

Absolute 70s
Status Quo - Down Down

Magic at the Musicals
Chess - Anthem

Smooth Country
Don Williams - I Believe In You

Classic FM to air programmes for pets and owners
Classic FM’s Pet Sounds is returning this year to help anxious pets and their owners during the fireworks season. The feature, now in its third year, is hosted by weekend presenter and dog-owner Bill Turnbull. It will air on Guy Fawkes Night, Thursday 5th November, with a second programme on Saturday 7th November. Bill says he will play a selection of soothing and relaxing music, specially curated to help calm the nerves of the nation’s pets. There will also be dedications to listeners’ pets and advice from the RSPCA for any owners looking to reassure their animals...More >>
radiotoday.co.uk - 26.10.2020
Classic FM signs up Chi-chi Nwanoku OBE
Classic FM is launching a new Sunday night series with Chi-chi Nwanoku OBE, the double-bass player and founder of the Chineke! Foundation. Starting on Sunday 4th October at 9pm, Chi-chi’s Classical Champions will shine the spotlight on Black, Asian & ethnically diverse composers and performers who have enjoyed success, as well as those yet to receive recognition. Across six weeks, Chi-chi will champion brilliant music; tell the stories behind the works and performances, and play a varied range of recordings – all personally chosen by her – by artists from diverse backgrounds from the 16th century up to the present day...More >>
radiotoday.co.uk - 28.09.2020
Additional weekend show for Moira Stuart on Classic FM
A new programme starts on Classic FM this Sunday 9th August called Moira Stuart Meets. Moira will host the eight-part series programme in addition to her Saturday afternoon show. Broadcast every Sunday at 9pm, Moira Stuart Meets… marks her first-ever interview series, as she chats to well-known names from the worlds of the arts, politics, sport and entertainment. Katherine Jenkins is the guest on the first show followed by Sir Tim Rice. A second eight-part series of Moira Stuart Meets… has already been lined up for later in the year on the Global station...More >>
radiotoday.co.uk - 03.08.2020
Sir Trevor McDonald to present on Classic FM
Classic FM has hired Sir Trevor McDonald to host a special four-part Sunday evening series starting on July 12th. Sir Trevor McDonald’s Headliners will celebrate the musicians who make, or have made, the headlines around the world. They include Jacqueline du Pré, Maria Callas and André Previn, plus Sheku Kanneh-Mason, Martha Argerich and Maxim Vengerov. Sir Trevor McDonald said: “Presenting programmes about the music I love has long been on my bucket list, so I was delighted when Classic FM asked me. I am looking forward to sharing the world’s greatest music and the headlines behind that music with listeners.” ...More >>
radiotoday.co.uk - 06.07.2020
Alexander Armstrong to host Classic FM mornings
After almost 10 years hosting Classic FM’s morning show, John Suchet is moving to present a new weekday evening concert programme. The Classic FM Concert with John Suchet will feature orchestras, choirs and soloists from across the UK and around the world. The new show, weekdays 8pm till 10pm, will be in addition to John’s current year-long Saturday night series, Beethoven: The Man Revealed. Alexander Armstrong will replace John on the weekday morning programme and becomes the fourth presenter of the show in the station’s 28-year history...More >>
radiotoday.co.uk - 26.05.2020
The Prince of Wales to host Classic FM shows
Classic FM is to broadcast two special programmes with His Royal Highness The Prince of Wales next week. Both two-hour programmes will be a celebration of His Royal Highness’s life-long support and enjoyment of classical music – with each piece personally chosen by him through recordings made by his extensive musical patronages across the UK. These include the Philharmonia Orchestra, Scottish Chamber Orchestra, the Monteverdi and Bach Choirs, the Orchestra of the Royal Opera House and Welsh National Opera Orchestra. Classic FM presenter Alan Titchmarsh will join His Royal Highness for the first programme, on Monday 25th May at 8pm...More >>
radiotoday.co.uk - 18.05.2020
RAJAR Q1 2020: London and national brands roundup
BBC Radio 2 has lost almost a million listeners in the last year, according to the Q1/2020 audience research from RAJAR. The reach of the UK’s biggest radio station fell from 15.356m at the start of 2019 to 14.362m over the first three months of this year. The two biggest commercial radio networks – Heart and Capital – both lost significant reach over the 12 months too. The Heart network lost 787,000 listeners to leave a reach of 7.737m, while Capital dropped 815,000 to 6.386m. When you add in the other Heart and Capital branded stations – 70s, 80s, 90s, Dance, Xtra and Xtra Reloaded – the Heart brand reaches 9.365m and the Capital brand 7.502m...More >>
radiotoday.co.uk - 14.05.2020
Global radio stations join in with mass applause
LBC, Heart, Capital, Capital XTRA, Smooth, Classic FM, Radio X and Gold will pause for a mass applause to thank NHS workers this week. All the Global stations will join the show of appreciation at 8pm on Thursday 26th March, encouraging people up and down the country to stand and clap at their windows, front doors, balconies and in their living rooms. The call-to-action, which will amplify the sentiment of the online ‘Clap for our Carers’ campaign, was launched this morning at 0815 on-air...More >>
radiotoday.co.uk - 24.03.2020
Global’s Classic FM Live event won’t go ahead
Global says its Classic FM Live event at the Royal Albert Hall on Monday 18th May won’t now go ahead. This follows the government’s advice regarding mass gatherings because of the developing coronavirus outbreak, together with the uncertainty surrounding live events and the Royal Albert Hall’s closure period. The sold-out concert was to be in celebration of the 20th anniversary of ‘Classic FM Live’...More >>
radiotoday.co.uk - 20.03.2020

00:00 - Anne-Marie Minhall
Anne-Marie Minhall takes your Classic FM Requests followed by two hours of the best classical music. Get in touch on 61812.
01:00 - Bill Overton
Ease into the day with Bill, as he plays the world's most relaxing classical music.
06:00 - Classic FM's More Music Breakfast with Tim Lihoreau
Join Tim for your musical morning pick-me-up, all the latest news, and today's Carpe Diem clue.
09:00 - Alexander Armstrong
Join Alexander Armstrong for the Classic FM Hall of Fame Hour, and he takes you into the afternoon with classical music to soundtrack your Tuesday.
16:00 - Classic FM Drive with John Brunning
Head into the evening in musical style with John Brunning. Programme also includes the Drive Discovery.
19:00 - Smooth Classics at Seven with John Brunning
Unwind after a long day with Smooth Classics at Seven, courtesy of John Brunning.
20:00 - The Classic FM Concert with John Suchet
John Suchet continues Classic FM's celebration of Britain's orchestras.
22:00 - Smooth Classics with Margherita Taylor
Margherita presents her selection of smooth classics - the most relaxing classical music - to help you wind down at the end of the day.