(Votes:20, Average:4.4)
If the online broadcast of Boom Radio doesn't start, or lags, please contact us on the Contact page, or try to find the error on the Troubleshooting page. 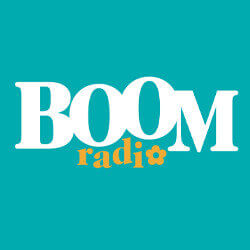 Listen online to Boom Radio! The station launched in February of 2021, and is in the ownership of Boom Radio Ltd. and operates as an independent commercial radio available on the digital solutions like DAB and as online radio stream. The broadcaster's primary target audience is the so called Baby boomers' generation, which is the 50+ age group. This way the radio's playlist brings the best pop from all of the decades before the 90s, and also talkative programmes diversify the schedule with well known radio personalities like David Lloyd, Graham Dene and Andy Marriott among others. Boom Radio starts the weekdays with Graham Dene's breakfast show from 7:30am to 10am.

Radio Essex
Rita Ora - You Only Love Me

45 Radio
Bonnie Tyler - It's A Heartache

Boom Radio hires Paul O’Grady for Christmas Day show
After 13 years at BBC Radio 2, Paul O’Grady is joining Boom Radio to host a special show on Christmas Day. He’ll be on-air at midday from his home joined by his former producer Malcolm Price. Paul commented: “Looking forward to being back on the wireless for Christmas Day lunch with the usual unpredictable mayhem! Malcolm and I have been missing you all so I hope you will find us in our latest radio home at Boom.”...More >>
radiotoday.co.uk - 21.11.2022
Former chart show presenters to host countdowns on Boom Radio
Boom Radio will mark the 70th anniversary of the record chart on Sunday 20th November with a day of special programmes featuring former chart show presenters. The celebrations on Boom will also include playing the first-ever record chart in full from 1952...More >>
radiotoday.co.uk - 03.11.2022
David Hamilton fronts new £1m marketing campaign for Boom Radio
Boom Radio has launched a new million-pound marketing campaign to attract more listeners. It will feature a TV ad with David Hamilton talking about his life in music, with more versions to come. The year-long campaign was planned and bought by MediaLab, with creative production by Koala TV...More >>
radiotoday.co.uk - 11.10.2022
Johnnie Walker to host a special show on Boom Radio reflecting on the days of the offshore pirates
Johnnie Walker is joining Boom Radio for the day, on 14 August to host the morning show, reflecting on the days on the offshore pirate radio ships. Boom Radio is marking 55 years since the pirate stations were made illegal when the Marine Offences Act became law, with a range of special programmes celebrating the pirates on Sunday 14 August...More >>
ontheradio.co.uk - 02.08.2022
Boom Radio set to launch spin-off station Boom Light
Boom Radio is planning to launch of a spin-off station called Boom Light playing Easy, 50s and Standards. The softer, lighter alternative to the main baby boomer station will be available principally on smart speakers, alongside other online platforms. Boom Light plans to begin broadcasting in July as a music-intensive service...More >>
radiotoday.co.uk - 03.06.2022

Heat Radio
Montell Jordan - This Is How We Do It

19:13Hoagy Carmichael - My Resistance Is Low
Get older playlist

00:00 - Night Ride
Music and good company after midnight with Derek Webster
02:00 - Music through the night
06:00 - Andy Marriott
The secret show for early risers.
07:30 - Graham Dene
A different kind of breakfast show - featuring 'first record you bought', the daily soundtrack song, The End Game and School Call.
10:00 - David Lloyd
Music and nonsense for your morning - featuring another Top 5 at 11 from a bygone year.
12:00 - David Hamilton
Enjoy your afternoon with David Hamilton's music show. Hear 'Your Song' - and remember some 'Hamilton's Hotshots'.
14:00 - Jane Markham
Relaxed afternoon company with Jane. Music and conversation - from bees to the garden, handicrafts and medical matters.
16:00 - Nicky Horne
A distinctive music selection from the discerning Nicky Horne. Includes a featured track to which you've awarded a 'Perfect 10'.
18:00 - Roger Day in the Evening
Evenings were made for Roger. Just good fun - kicking off with half an hour of '60s at 6'
20:00 - The Easy Hour
Relax with some of the finest melodies and the most beautiful words.
21:00 - The Boom More Music Hour
Hand-picked by Paul.
22:00 - Diana Luke
Late nights with the legendary Diana Luke - featuring 'The Luke of Love'.