(Votes:96, Average:4.5)
If the online broadcast of Gold Radio doesn't start, or lags, please contact us on the Contact page, or try to find the error on the Troubleshooting page. 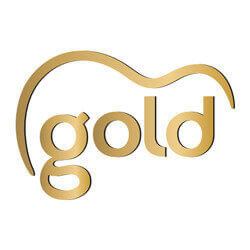 Listen to the internet radio of Gold Radio live, which is in the ownership of Global Media & Entertainment Ltd.
The musical selection of Gold FM is from the happy peace times of the 50s, 60s, 70s, and 80s when music were more closer to the people’s honest emotions, because the digital instruments were not capable to supersede the real instruments yet, so the tunes and sounds were more natural, and also the messages of the songs were more valid, not so separated from the reality as in present days. Probably this causes the never fading charm and popularity of these greatest hits, and makes Gold a great choice for the nostalgic pop music lover adults.
To see what the broadcaster thinks about the heroic age of the music, here are the radio's examples of the decisive impact artists, and bands which strongly formed the world of modern music in the past century: The Beatles, Elvis Presley, Aretha Franklin, Buddy Holly, Blondie, The Who, The Beach Boys, David Bowie, The Rolling Stones, Diana Ross, The Eagles, Rod Stewart, Stevie Wonder, Elton John.
In the station's schedule, the morning-shows take place on weekdays from 6am to 10am with "The More Music Breakfast Show with James Bassam".

Gold Radio slogan: “The Greatest Hits of all Time”

Gold Radio
Huey Lewis & The News - The Power Of Love

Radio Caroline
Royal Blood - I Only Lie When I Love You

Heart Xmas
Johnny Mathis - When A Child Is Born

Stars come out to perform for Global’s Make Some Noise Night
Last night, Tom Grennan, Charlie Puth, Sam Ryder and Olly Murs joined Global’s presenters for the charity gala night. Chart-topping BRIT-nominated musician Tom Grennan; multi-platinum hit singer-songwriter Charlie Puth, multi-award-winner and Eurovision star Sam Ryder, and one of the UK’s most popular singers and entertainers Olly Murs, took to the stage at The Londoner hotel in Leicester Square to perform in front of almost 400 special guests...More >>
ontheradio.co.uk - 23.11.2022
In photos: Global’s Make Some Noise raises over £2.7 million
Global’s Make Some Noise has raised over £2.7 million for small charities that help disadvantaged people across the UK after a day of on-air activities. All of its radio brands came together – Heart, Capital, Classic FM, Smooth, LBC, Radio X, Capital Dance, Capital XTRA and Gold – to raise funds and awareness for small charities in local communities across the UK, including food banks, mental health and domestic abuse helplines...More >>
radiotoday.co.uk - 08.10.2021
Winners announced for the Global Awards 2021
The winners of The Global Awards 2021 have been revealed with Dua Lipa picking up three awards. Now in its fourth year, The Global Awards brings together Capital, Heart, Smooth, Classic FM, LBC, Radio X, Capital XTRA and Gold, to honour the stars of music, news and entertainment. However, this year the LBC Award, previously won by Steve Allen, has been removed as a category, along the Best Podcast. The awards ceremony was unable to take place this year...More >>
radiotoday.co.uk - 03.05.2021
RAJAR Q1 2020: London and national brands roundup
BBC Radio 2 has lost almost a million listeners in the last year, according to the Q1/2020 audience research from RAJAR. The reach of the UK’s biggest radio station fell from 15.356m at the start of 2019 to 14.362m over the first three months of this year. The two biggest commercial radio networks – Heart and Capital – both lost significant reach over the 12 months too. The Heart network lost 787,000 listeners to leave a reach of 7.737m, while Capital dropped 815,000 to 6.386m. When you add in the other Heart and Capital branded stations – 70s, 80s, 90s, Dance, Xtra and Xtra Reloaded – the Heart brand reaches 9.365m and the Capital brand 7.502m...More >>
radiotoday.co.uk - 14.05.2020
Global radio stations join in with mass applause
LBC, Heart, Capital, Capital XTRA, Smooth, Classic FM, Radio X and Gold will pause for a mass applause to thank NHS workers this week. All the Global stations will join the show of appreciation at 8pm on Thursday 26th March, encouraging people up and down the country to stand and clap at their windows, front doors, balconies and in their living rooms. The call-to-action, which will amplify the sentiment of the online ‘Clap for our Carers’ campaign, was launched this morning at 0815 on-air...More >>
radiotoday.co.uk - 24.03.2020
RAJAR Q4 2019: London and national brands round-up
Coverage of the general election helped 5 Live, Radio 4 and LBC each add half a million listeners across 2019. 5 Live is up from 4.9m to 5.4m in the Q4/2019 RAJAR listening figures, while Radio 4 has added a similar amount, rising from 10.4m a year ago to 10.9m now. LBC, including new digital station LBC News, posts a record high of 2.7m listeners (up more than half a million year on year), while talkRADIO is up more than 40% from 12 months ago to now have 433,000 listeners a week – another record high for the Wireless station...More >>
radiotoday.co.uk - 06.02.2020
£850,000 raised at Global’s Make Some Noise gala
A number of presenters from Global’s radio brands hosted the Make Some Noise annual charity gala at London’s Finsbury Square on Monday. The event raised £850,000 for charity, as music artists including Robbie Williams, Tom Walker and Freya Ridings took to the stage to perform live in front of almost 500 special guests. Global united all its radio brands for the event – Heart, Capital, Smooth, Classic FM, LBC, Radio X, Capital XTRA and Gold – to help children and young people living with illness, disability or lack of opportunity.More >>
radiotoday.co.uk - 26.11.2019
RAJAR Q3 2019: London and national brands round-up
Zoe Ball has lost another 364,000 listeners to her BBC Radio 2 breakfast show in the latest radio listening figures from RAJAR. It means more than a million weekly listeners have switched off since she took over the breakfast show from Chris Evans in January. In the period 24th June to 15th September 2019 (Q3/2019), Radio 2 breakfast had a weekly reach of 7.902m – that’s down from 8.266m in Q2 and 9.047m in Q1.While Zoe is still the presenter of the UK’s biggest breakfast show, the figures are the lowest for the slot in a decade – since...More >>
radiotoday.co.uk - 24.10.2019
RAJAR Q2 2019: London and national brands round-up
Zoe Ball has lost more than three quarters of a million listeners to her BBC Radio 2 breakfast show, according to the latest audience research from RAJAR. The show’s reach is down 781,000 quarter-on-quarter to 8.266m for the three months survey period up to the 23rd June 2019. In Q1/19 she had 9.047m listeners; in Q2/2018 Chris Evans reached 9.038m. Radio 2’s audience at breakfast is now the lowest its been since Q3/2010, when Evans was fairly new in the job.More >>
radiotoday.co.uk - 01.08.2019