(Votes:16, Average:5)
If the online broadcast of Capital XTRA Reloaded doesn't start, or lags, please contact us on the Contact page, or try to find the error on the Troubleshooting page. 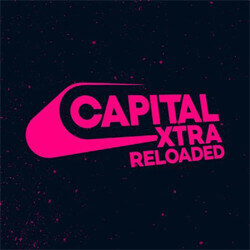 Listen to the internet radio of Capital XTRA Reloaded live, which is Capital FM's sister station, launched in 2019. The station is in the ownership of Global Media & Entertainment Ltd.
The radio broadcasts nationally through DAB and online, mixing the bests from the nineties and the noughties of various genres of rhythmic music style, like rap, hip-hop, RnB, urban, dance, grime and garage.
The broadcaster wakes with Sacha Brooks in Reloaded's Breakfast show from 8am to 12am on weekdays with throwback classics. On Saturday and Sunday Ras Kwame heats up the weekend mornings with the biggest Reloaded classics from 9am to 12pm.

The broadcast is not available on the traditional analogue way, but on the digital solutions nationally online and on DAB Digital Radio, we recommend the online radio stream.
Your favourite radios
Capital FM
Joel Corry & Tom Grennan - Lionheart (Fearless)

Radio Caroline
The Animals - Baby Let me Take You Home

Smooth Country
Tracy Lawrence - Can`t Break It to My Heart

Isle of Wight Radio
BELLE STARS - SIGN OF THE TIMES

SunKiss
George Michael - I Remember You

Joy Hits
Karol G And Ovy On The Drums - Cairo

45 Radio
Badfinger - Come and Get It

Jammy move as Global poach MistaJam for Capital Dance
Capital is launching Capital Dance on DAB across the UK and has poached MistaJam from BBC Radio 1 to launch it – today – RadioToday can reveal. MistaJam, who resigned suddenly from the BBC last week, will host Tuesday to Saturday Drive on Capital Dance and the Capital Weekender, Friday and Saturday from 7pm on both Capital and Capital Dance. The new station launches today at 4pm on the Digital One multiplex. Capital’s Coco Cole joins Capital Dance as the host of evenings, Monday – Thursday from 7pm. Coco will also host Friday & Saturday nights on the all-new Capital Weekender show with Ministry of Sound from 10pm...More >>
radiotoday.co.uk - 01.10.2020
RAJAR Q1 2020: London and national brands roundup
BBC Radio 2 has lost almost a million listeners in the last year, according to the Q1/2020 audience research from RAJAR. The reach of the UK’s biggest radio station fell from 15.356m at the start of 2019 to 14.362m over the first three months of this year. The two biggest commercial radio networks – Heart and Capital – both lost significant reach over the 12 months too. The Heart network lost 787,000 listeners to leave a reach of 7.737m, while Capital dropped 815,000 to 6.386m. When you add in the other Heart and Capital branded stations – 70s, 80s, 90s, Dance, Xtra and Xtra Reloaded – the Heart brand reaches 9.365m and the Capital brand 7.502m...More >>
radiotoday.co.uk - 14.05.2020
RAJAR Q4 2019: New record for digital radio listening
Digital listening share has increased by 11% to a new record of 58.5%, up from 52.6% in Q4 2018 in the latest figures for Q4 2019. They were boosted by the launch of new national commercial digital stations, and the growth of listening online via smart speakers in home and DAB listening in car. Overall digital listening grew by 43.4 million hours or 8% year on year. Listening via online and apps grew by 28.5 million hours (or by 30%) to now account for 12.5% of all listening and 21.5% of digital listening...More >>
radiotoday.co.uk - 06.02.2020
RAJAR Q4 2019: London and national brands round-up
Coverage of the general election helped 5 Live, Radio 4 and LBC each add half a million listeners across 2019. 5 Live is up from 4.9m to 5.4m in the Q4/2019 RAJAR listening figures, while Radio 4 has added a similar amount, rising from 10.4m a year ago to 10.9m now. LBC, including new digital station LBC News, posts a record high of 2.7m listeners (up more than half a million year on year), while talkRADIO is up more than 40% from 12 months ago to now have 433,000 listeners a week – another record high for the Wireless station...More >>
radiotoday.co.uk - 06.02.2020
Global to launch Capital XTRA Reloaded across the UK
Capital XTRA is to get its own spin-off station on Monday as Capital XTRA Reloaded goes national on DAB digital radio. The station will feature former Galaxy, Vibe and Capital presenter Sacha Brooks in the morning slot, from 8am till midday weekdays. Global says Capital XTRA Reloaded is the ultimate throwback to the nineties and noughties playing old skool hip-hop, grime, garage, dance and RnB anthems from the likes of Usher, Drake, Beyoncé, Destiny’s Child, Sean Paul and Rihanna...More >>
radiotoday.co.uk - 30.08.2019

Magic Soul
Chaka Khan - I Feel For You