(Votes:22, Average:4.9)
The radio is currently out of service or has been discontinued!
Listen to the radio's earlier programmes again in the Archives!
If the online broadcast of SAM FM doesn't start, or lags, please contact us on the Contact page, or try to find the error on the Troubleshooting page. 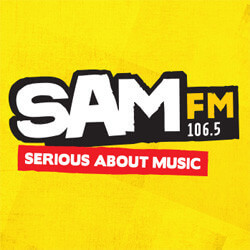 Listen to the internet radio of SAM FM live, which launched in 2015, by rebranding the earlier Jack FM radio. The broadcaster is in the ownership of Bauer Radio Ltd., part of Planet Radio.
SAM FM Bristol provides the daily, locally relevant news, travel-traffic information, weather updates alongside with the continuously flowing carefully selected songs of rock and indie music.
The breakfast show of SAM FM Radio is led by Kam Kelly on weekdays from 6am to 10am. In the summer festival season, the broadcaster brings the biggest music festivals from the UK and Europe in the air in the framework of SAMFEST programme on Sundays from 7pm.

Gold Radio
The Searchers - When You Walk In The Room

Classic FM
Carl Stamitz - Cello Concerto No.2 in A major (2)

Smooth Chill
Flitz&Suppe - About The Distance

Gaydio
Drag Me Out - Kah-Lo

RAJAR Q4 2019: Regional and local radio facts and figures
The big stories from around the regions this quarter include Capital Scotland shedding 104,000 listeners, whilst Hits Radio and Greatest Hits Radio increased listeners in the North of England. Global brands - The majority of regional and local Capital stations are down – including Capital Scotland which falls from 513,000 to 409,000 weekly reach, Capital South Wales going from 213,000 to 180,000, Manchester down from 493,000 to 437,000 and Yorkshire down to its lowest figure of 849,000. Recently acquired and...More >>
radiotoday.co.uk - 06.02.2020
Opinion: RadioToday industry predictions for 2020
One thing is for sure – radio is changing at an incredible pace. Keeping up with emerging products and making full use of smart technology is key. But whilst the art of ‘input’ is changing, the ‘output’ has remained fairly static for many decades. Listeners can still hear a friendly voice on the radio at all hours of the day – the major difference is where the voice is located and when they were recorded. But let’s dig deeper down into the industry and see what 2020 might bring...More >>
radiotoday.co.uk - 01.01.2020
RAJAR Q3 2019: Regional and local radio facts and figures
The big stories from the regions are that Heart has increased its audience despite rolling out a national breakfast show, and Greatest Hits Radio stations are taking a beating under their new names. Global - For the Heart brand, overall, it has seen an increase in listeners since taking its breakfast show national. It now has 9.8m weekly reach compared with 9.7m last quarter and 9.6m last year. In the regions, seven Hearts went up including Scotland and North East England, nine went down including West Midlands and two stayed the same...More >>
radiotoday.co.uk - 24.10.2019
RAJAR Q1 2019: Regional and local radio facts and figures
Whilst the national news is all about new radio stations and breakfast shows, the main headlines in the regions are about one of Bauer’s latest brands. The first results for Greatest Hits Radio in England show a mainly downward trend following the rebrand from City 2 stations last quarter.More >>
radiotoday.co.uk - 16.05.2019
Bauer Media has closed down Sam FM Thames Valley
Bauer Media has quietly closed one of the radio stations it bought recently. Sam FM Thames Valley – which was one of the 27 radio stations Bauer acquired from Celador Radio less than a month ago – is no longer on-air and has been removed from the Sam FM app and website.More >>
radiotoday.co.uk - 06.03.2019
Opinion: UK commercial radio presenter numbers could drop by more than 250
With news that Global is to introduce networked breakfast shows and have just a handful of local drive shows across Capital, Heart and Smooth, RadioToday’s Stuart Clarkson has done the maths on what it means for presenter roles across commercial radio. Our exclusive figures show that presenter numbers could drop by more than 250 if both Global and Bauer take full advantage of the recent changes in localness guidelines from Ofcom.More >>
radiotoday.co.uk - 26.02.2019
Sam FM Bristol to join Bristol DAB multiplex
Celador is adding Sam FM Bristol back to the local DAB multiplex in a bid to increase listenership to the service. As part of its licence application to Ofcom to retain the licence, Celador says it will return the service to DAB in early August with a desire to increase reach.More >>
radiotoday.co.uk - 07.08.2018