(Votes:38, Average:4.6)
Please share Your opinion and comments in the Facebook-comment box below the player! If the radio lags, or breaks, please send us a message on the Contact page! If the radio doesn't start at all, try to check the Troubleshooting page to find a solution! 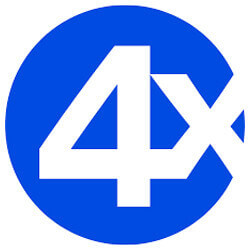 Listen online to the internet radio of BBC Radio 4 Extra live, which has nearly 2 million weekly listeners in the UK. The third most listened to radio in the field of the only digitally distributed radios. Sister station of BBC Radio 4, so its all programmes are speech related, but without live talks, and phone-ins. Several times it airs extended versions of its parent station's featured programmes. Radio 4 Extra schedule structure is fed by the BBC Sound Archive, so the time span of its selection is nearly 70 years, and contains mainly classic comedy, drama, and features.

Postal address: BBC Broadcasting House, London W1A 1AA
Please start the address on the envelope with the programme name which one You like to send your message to. You can find the exact programme titles in the "Schedule" section.

Website: https://www.bbc.co.uk/radio4extra
E-mail: Since the BBC Radio 4 Extra schedule mainly repeats from the BBC Sound Archive, there are few programmes which can be reached by e-mail. You can search in BBC Radios’ programmes list to find e-mail address to an exact programme here: http://www.bbc.co.uk/contact#radio
But the easier way to get in digital touch with BBC Radio 4 Extra, to use one of the below listed social media platforms!

Smooth Radio
Bruce Hornsby And The Range - The Way It Is

Magic at the Musicals
Frozen - Monster

Absolute Radio
The Police - Every Little Thing She Does Is Magic

Absolute 00s
Franz Ferdinand - Do You Want To

RAJAR Q1 2020: Four percent growth in digital share
Digital listening share has increased to a new record of 58.6% up from 56.4% year on year in the latest RAJAR figures. Digital reach is also at a new record with 36.9 million adults, or 67% of the population, tuning in via a digital platform, up from 36.3m in Q1 2019. Listening via online and apps now accounts for 14% of all listening and nearly a quarter (24%) of digital listening, having grown by 25.4 million hours (or by 23%) year on year. With 32% of adults now claiming to own a smart speaker, online listening in home was for the fourth consecutive quarter the fastest growing platform and location, increasing by 21 million hours (or by 26.6%) year on year...More >>
radiotoday.co.uk - 14.05.2020
RAJAR Q4 2019: New record for digital radio listening
Digital listening share has increased by 11% to a new record of 58.5%, up from 52.6% in Q4 2018 in the latest figures for Q4 2019. They were boosted by the launch of new national commercial digital stations, and the growth of listening online via smart speakers in home and DAB listening in car. Overall digital listening grew by 43.4 million hours or 8% year on year. Listening via online and apps grew by 28.5 million hours (or by 30%) to now account for 12.5% of all listening and 21.5% of digital listening...More >>
radiotoday.co.uk - 06.02.2020
RAJAR Q4 2019: London and national brands round-up
Coverage of the general election helped 5 Live, Radio 4 and LBC each add half a million listeners across 2019. 5 Live is up from 4.9m to 5.4m in the Q4/2019 RAJAR listening figures, while Radio 4 has added a similar amount, rising from 10.4m a year ago to 10.9m now. LBC, including new digital station LBC News, posts a record high of 2.7m listeners (up more than half a million year on year), while talkRADIO is up more than 40% from 12 months ago to now have 433,000 listeners a week – another record high for the Wireless station...More >>
radiotoday.co.uk - 06.02.2020
Kenneth Branagh returns to Radio 4 in Stalingrad
Kenneth Branagh, Greta Scacchi, Mark Bonnar, Ann Mitchell, Doon Mackichan, Kenneth Cranham and more star in a dark and honest account of the epic battle of Stalingrad by celebrated war reporter and author, Vasily Grossman. Two part drama based on war reporter Vasily Grossman’s account also stars Greta Scacchi and Mark Bonnar. Anton Lesser reads Grossman’s private journal - translated into English for the first time - in a Book Of The Week special. Translated by Robert and Elizabeth Chandler, Stalingrad is a prequel to Grossman’s novel Life And Fate which was adapted by Radio 4 in 2011 and featuring many of the same acclaimed cast.More >>
www.bbc.co.uk - 12.11.2019
RAJAR Q2 2019: London and national brands round-up
Zoe Ball has lost more than three quarters of a million listeners to her BBC Radio 2 breakfast show, according to the latest audience research from RAJAR. The show’s reach is down 781,000 quarter-on-quarter to 8.266m for the three months survey period up to the 23rd June 2019. In Q1/19 she had 9.047m listeners; in Q2/2018 Chris Evans reached 9.038m. Radio 2’s audience at breakfast is now the lowest its been since Q3/2010, when Evans was fairly new in the job.More >>
radiotoday.co.uk - 01.08.2019
RAJAR Q1 2019: Milestones reached for DAB and digital radio
Digital listening has reached a new record share of 56.4%, up from 50.9% in Q1 2018, according to RAJAR Q1 2019 data released today. The annual growth of 5.5 percentage points to 56.4% from 50.9% represents the strongest ever percentage point growth in digital listening platform share since records began. Digital reach increased by over 2 million listeners to 36.3 million and overall digital listening grew by 55.9 million hours or by 10.7% year on year.More >>
radiotoday.co.uk - 16.05.2019
Festive Highlights for 2018 on BBC Radio
BBC Radio has today announced its on-air highlights for the festive period. Bob Shennan, BBC Director of Radio & Music, says: “This Christmas BBC Radio will offer an unrivalled collection of programmes featuring the finest DJs, musicians and actors. Across our stations, teams have curated brilliant schedules with world-class talent - all of which are available on BBC Sounds.”More >>
www.bbc.co.uk - 22.11.2018
RAJAR Q3 2018: London and national brands update
Nick Grimshaw left the BBC Radio 1 Breakfast Show with half a million more listeners than a year ago – handing them to Greg James who took over the show halfway through the last quarter. The show now attracts 5.75m listeners (Mon – Fri) and is up 465,000 Year on Year. In London, Capital is back on top with almost 2,100,000 listeners according to Reach in the London commercial radio battle, as Kiss slips back under the 2m listener mark (1,958,000). Magic is in third place (1.5m) whilst Heart comes in 4th (1.4m). But BBC Radio 4 continues to lead the London Reach with 2.4m listeners.More >>
radiotoday.co.uk - 25.10.2018