(Votes:19, Average:4.7)
If the online broadcast of Wave 105 doesn't start, or lags, please contact us on the Contact page, or try to find the error on the Troubleshooting page. 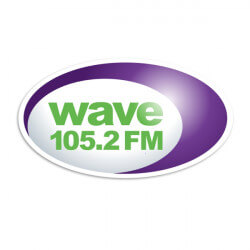 Listen to the internet radio of Wave 105 live, which is Bauer Radio Ltd.’s regional commercial radio station, member of the Planet Radio station group. Launched in 1998, in it’s more than two decades of broadcasting, has been always enthusiastic in reflecting the lifelike viewpoint of Central South of England’s people. The commitment in being a real connection with its listeners made Wave more successful than it could be expected from a regional radio.
Besides the carefully selected pop and rock hits filled playlist, Wave 105 brings a wider scale of news into its schedule than the mainly music oriented rivals, concentrating on the news about the territory of South Coast, travel-traffic info, weather reports, and more national and international news expand the informational supply.
The broadcaster brings double breakfast shows on weekdays. The early breakfast shows are led by Tim Allen from 4am to 6am, followed by Rick Jackson's breakfast show between 6am and 9am. The weekends' early breakfasts from 5am to 7am are under the command of Tim Allen from 5am to 7am on Saturday and Sunday.

Heart 80s
Eurythmics - There Must Be An Angel

Q Radio
Sigrid - Home To You

Heart 90s
D:Ream - Things Can Only Get Better

DJ On Tap
U.S.A FOR AFRICA - We Are The World

Pure Radio
Wizzard - I Wish It Could Be Christmas Everyday

SunKiss
The Beatles - Here, There And Everywhere

45 Radio
Bangles - If She Knew What She Wants

Opinion: UK commercial radio presenter numbers could drop by more than 250
With news that Global is to introduce networked breakfast shows and have just a handful of local drive shows across Capital, Heart and Smooth, RadioToday’s Stuart Clarkson has done the maths on what it means for presenter roles across commercial radio. Our exclusive figures show that presenter numbers could drop by more than 250 if both Global and Bauer take full advantage of the recent changes in localness guidelines from Ofcom.More >>
radiotoday.co.uk - 26.02.2019

20:07Belinda Carlisle - Leave A Light On