(Votes:10, Average:5)
Please share Your opinion and comments in the Facebook-comment box below the player! If the radio lags, or breaks, please send us a message on the Contact page! If the radio doesn't start at all, try to check the Troubleshooting page to find a solution! 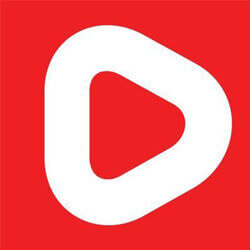 Listen online to the internet radio of Downtown Radio live here, on UK Radio Live!
Downtown Radio was the first commercial radio station of Northern Ireland in 1976. In 1990, Downtown Radio launched its sister station, Cool FM for the younger listeners with contemporary hot music, and in 2015, launched Downtown Country sister station for the lovers of country music.
Today, 264.000 weekly listeners choose Downtown Radio, partly for its especially Northern Ireland related news, and partly for its mature playlist, which lines up the best melodic music started from the time, when the station itself started, to the millennium, seasoned with some newer tuneful ones.
Downtown Radio vivifies the mornings of Northern Ireland from Monday to Saturday. On weekdays the "Downtown Breakfast with Gary & Kirstie" fills the air with the best melodies and playful chat with Gary Myles, Kirstie McMurray and Rachael Anderson from 6am to 10am, while on Saturday the "Saturday Breakfast with David Gordon" takes the mic and envigorates the morning with the greatest hits between 6am and 10am.
Downtown Radio is in the ownership of Bauer Radio Ltd., and member of the Planet Radio station fleet, and part of Bauer's Hits Radio Network.

Downtown Radio availability: You can tune in to Downtown radio on the traditional analoge way, for the detailed FM/AM allocation check the Frequencies section below and the Frequency Map! Downtown is also available by its online radio stream.

Smooth Radio
Take That - Back For Good

Planet Rock
Through the Night

Clyde 1
Becky Hill and Shift K3y - Better Off Without You

Smooth Country
Lady Antebellum - I Run To You

Tay FM
Becky Hill and Shift K3y - Better Off Without You

New logo and transmitter for Downtown Radio
Downtown Radio is marking its 44th year on the air with the launch of a brand-new FM transmitter and new visual logo. The new frequency will broadcast from Carnmoney Hill on 103.4FM and will complement the stations existing FM network across Northern Ireland. Downtown can now be heard on 96.4FM, 96.6FM, 102.3FM, 102.4FM, 103.1FM, 103.4FM and 1026AM plus DAB. Also, former Cool FM DJ Glen Pavis is joining Gary Myles on the Downtown Breakfast Show whilst Owen Larkin is crossing over from Q Radio for a new afternoon programme...More >>
radiotoday.co.uk - 16.03.2020
Nominations for the 2020 IRN Awards revealed
The nominations for the 2020 IRN Awards have been announced by Sky News presenter Kay Burley. There are 12 categories including the Student Journalist of the Year prize which is supported by the Broadcast Journalism Training Council. The awards event itself will take place at Sky Cinema in west London on Thursday 26th March 2020, also hosted by Kay. IRN Editor and Chair of Judges, Dave Terris said: This is a stellar list of nominations representing the gold standard in commercial radio news and sport...More >>
radiotoday.co.uk - 12.02.2020
Downtown Radio moves country music off FM
A new evening show is launching on Downtown Radio’s FM frequencies next month with Kirstie McMurray. At the moment, Big T hosts Classic Country on both Downtown Radio and Downtown Country. But starting in March, former Cool FM and Downtown Radio breakfast presenter Kirstie McMurray, who currently hosts breakfast on Downtown Country, will be on-air 7pm till 10pm on Downtown Radio’s FM service...More >>
radiotoday.co.uk - 03.02.2020
Downtown Radio goes 100% Christmas for Northern Ireland
All mainstream shows across Downtown Radio will play a 100% Christmas playlist from Monday 2nd December. It’s a first for radio in Northern Ireland but follows fellow Bauer station Magic which flipped to 100% Christmas music earlier this week. Breakfast presenters Gary and Glen will be ‘pressing play’ in the studio at 8.30am this Monday as the Breakfast Show kickstarts the station-wide activity. Stuart Robinson, Programme Controller for Bauer Media Group – Northern Ireland, said: “We are big fans of Christmas here at Bauer Media Group – Northern Ireland, so we thought what better way to celebrate the season than by creating the"...More >>
radiotoday.co.uk - 28.11.2019
Cool FM signs two year deal with Ulster Rugby
Cool FM has teamed up with Ulster Rugby in an exclusive two-year deal, extending to sister stations Downtown Radio and Downtown Country. The partnership will see Cool FM deliver new match day initiatives at the home games across the year, with content online, on air, and across news programming.More >>
radiotoday.co.uk - 27.07.2018

01:00 - All Night Downtown
Playing the best music throughout the night on Downtown
06:00 - Downtown Breakfast with Gary & Glen
Join Gary & Glen for the best music and craic along with latest news, weather and travel
10:00 - Caroline Fleck
Join Caroline Fleck for a lively mix of news, views, lifestyle and entertainment combined with all the music you love.
13:00 - Owen Larkin
Join Owen Larkin for great music in the afternoon
16:00 - Downtown Drive
Neal McClelland getting you home with the greatest hits and the latest traffic and travel.
19:00 - Paul Orr
Join Paul Orr for late night great music
22:00 - David McCammond
David has great music for your Friday night