(Votes:125, Average:4.6)
If the online broadcast of Scala Radio doesn't start, or lags, please contact us on the Contact page, or try to find the error on the Troubleshooting page. 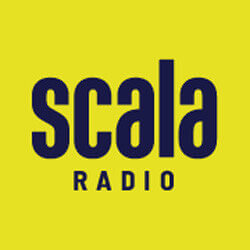 Listen to the internet radio of Scala Radio live, which launched in 2019 as Bauer Radio Ltd.'s nationally broadcasted and digitally distributed classical music station. The station is in the ownership of Bauer Radio Ltd., and part of the Planet Radio station group.
The radio's mission is to bring fresh air to the classical music broadcasters' class. To reach that noble goal, Scala Radio playlist is built from not just the traditional classic music, but also brings movie and game soundtracks, and new discoveries, new releases from the classical genre. The radio aims to be interactive, so Scala Radio schedule brings programmes which play requests from the listeners, and the tune kit of the radio is diversified further because atmospheric ambient music, and birdsongs are aired in some special programmes.
The presenters of the station are Angellica Bell, Mark Kermode, Penny Smith, Simon Mayo, Mark Forrest, Alexis Ffrench, Charles Nove, Darren Redick, Hannah Cox, Jack Pepper, Jamie Crick, Luci Holland, Sam Hughes, Deb Grant and Richard Allinson.

The broadcast is not available on the traditional analogue way, but by the digital solutions nationally on DAB Digital Radio and DigitalTV, and via the internet without territorial restrictions, we recommend the online radio stream.
DigitalTV: Sky - 0216
Your favourite radios
Heart Xmas
Michael Buble - Christmas (Baby Please Come Home)

Jazz FM and Scala Radio to share new Jazz meets Classical series
Jazz FM and Scala Radio are coming together with a brand-new series that will be heard across both networks on the same evening over six weeks. Scala Radio’s Jack Pepper and Jazz FM’s China Moses will explore the link between the two musical genres, introducing each other to the music they love, exploring the grey areas, crossovers and curious links...More >>
radiotoday.co.uk - 08.01.2022
Gemma Cairney joins Scala Radio to Take a Moment
Gemma Cairney is joining Scala Radio to explore the world of classical music throughout January. The station is inviting listeners to Take A Moment to enjoy the calming effects of classical music in the new year as part of a new series. Gemma said: “It has been calming and exciting starting 2022 by exploring a new genre of music with Scala Radio. Classical music is something quite new to me and I have really...More >>
radiotoday.co.uk - 16.12.2021
Jo Brand to host new four-part series on Scala Radio
On Tour with Jo Brand is a new four-part series to be broadcast by Scala Radio throughout August. The programmes will celebrate the best UK classical music as the comedian takes a musical trip around the country. Jo commented: “It is great to be back out On Tour, albeit in a slightly different way to what I am used to."...More >>
radiotoday.co.uk - 27.07.2021
MBE for Simon Mayo in the Queen’s Birthday Honours
Simon Mayo has been awarded an MBE for services to radio broadcasting in the Queen’s Birthday Honours List 2021. The list demonstrates the extraordinary efforts made by individuals in all four nations of the United Kingdom during the pandemic. Also being recognised is Beverley Humphreys from BBC Radio Wales for her services to Community Cohesion and Broadcasting, Mark Robinson, founder of Prison Radio, for services to...More >>
radiotoday.co.uk - 11.06.2021
David James to host Football Scores at Scala Radio
David James will be hosting an extra special one-off programme on Scala Radio ‘Football Scores with David James’ from 6-8pm on Sunday 6th June. With the 16th UEFA European Championship kicking off on the 11th June, Scala Radio will be celebrating the long-standing partnership between football and classical music. As a sportsman, David earned 53 caps playing as Goalkeeper for England between 1997-2010. Whilst many people know of David’s illustrious...More >>
radiotoday.co.uk - 02.06.2021
Bauer stations team up with Disney for ticket giveaway
Listeners across some Bauer stations will get a chance to win tickets for Disney’s The Lion King, Frozen the Musical, and Beauty and the Beast this month. In a deal with Disney Theatrical Group, Magic Radio, Magic at the Musicals, Scala Radio, Absolute Radio and KISS will give away over 3,000 tickets to theatregoers who have missed live entertainment throughout the pandemic to its shows. Throughout May, all stations will give away on-air spot prizes...More >>
radiotoday.co.uk - 10.05.2021
Jackie Brambles to host Greatest Hits Radio series
The latest Audio Content Fund includes funding a four-part series called Greatest Brits with Jackie Brambles for Greatest Hits Radio. The former BBC Radio 1 host and current BBC Radio Scotland presenter will celebrate 80s and 90s British female artists in the run-up to the 2021 BRIT Awards. It’s one of many projects awarded money in the latest round, bringing the total to £1.7m in the past year. The projects will broadcast across more than 120 different radio stations and will be produced by 19 different independent production companies...More >>
radiotoday.co.uk - 16.03.2021
Penny Smith to host Drivetime on Scala Radio
Former GMTV anchor Penny Smith is taking over Drivetime on Scala Radio each weekday. In other changes following the departure of Simon Mayo from the daily schedule, Mark Forrest is to host mid-mornings permanently and Angellica Bell is to launch a new magazine style weekend show Saturday and Sunday 10am till 1pm. Simon will launch a new Saturday afternoon show from April called Simon Mayo’s Essential Albums. Jack Pepper will continue in his 3pm slot throughout March before moving to a new showtime of 6pm. Hannah Cox meanwhile moves to Saturday Breakfast at 7am, and Anne Frankenstein joins the Scala team for Sunday afternoons 1-3pm...More >>
radiotoday.co.uk - 18.02.2021
Simon Mayo to host Drive on Greatest Hits Radio
Greatest Hits Radio Drivetime is going networked with Scala Radio presenter Simon Mayo joining the schedule full time from March 15th. He’ll leave his daily programme at Scala but stay for a weekend show, after two years in the mid-morning slot. Current regional Drivetime presenters on Greatest Hits Radio will move to the afternoon 1-4pm show, keeping its Ofcom obligation to provide at least three hours of regional programmes each weekday. The exception being Greatest Hits Radio NW Drivetime presenter Darren Proctor who moves to 7-10pm on the network, replacing Rick Houghton who is leaving Bauer...More >>
radiotoday.co.uk - 01.02.2021