(Votes:7, Average:4.7)
Please share Your opinion and comments in the Facebook-comment box below the player! If the radio lags, or breaks, please send us a message on the Contact page! If the radio doesn't start at all, try to check the Troubleshooting page to find a solution! 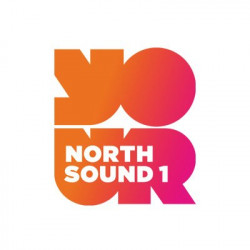 Listen online to the internet radio of Northsound 1 live here, on UK Radio Live!
Northsound 1 launched in 1981, as the first commercial local radio for the people of North-East Scotland. Today, Northsound 1 is in the ownership of Bauer Radio Ltd., and member of Bauer’s Hits Radio Network, and part of the Planet Radio station fleet.
Northsound 1 has 132.000 weekly listeners in the UK and working primarily for the people of North-East Scotland, as an all-time available music, life, and information source, with the most popular songs of the last 18 years, daily good-mooded phone-in programmes, and Scotland related news, sports, travel-traffic and weather updates.
Northsound 1’s Breakfast show between 6am and 10am with Lauren Mitchel and Jeff Diack on weekdays cheers-up the mornings of North-East Scotland.
The radio’s schedule is partly filled with the networked programming of Bauer’s Hits Radio Network, like "The UK Chart Show" on Sundays from 4pm to 7pm, which is Bauer's own, brand-new chart show led by Sarah-Jane Crawford, with the hottest 30 songs.

You can select Northsound 1's sister station, the greatest hits oriented Northsound 2 below the player!

Northsound 1 availability: You can tune in with your traditional analogue radio to Northsound 1, for the detailed FM allocation check the Frequencies section below and the Frequency Map. You can follow Northsound 1 on the digital ways, we recommend the online radio stream.

SMS: 61025 - Please start your message with “NORTH”
(Get informed by your network provider about SMS service costs)

KISS
Regard and Raye - Secrets

Hits Radio
Lewis Capaldi - Hold Me While You Wait

Sun FM
John Legend - All Of Me (tiesto Remix)

Magic at the Musicals
Waitress - She Used To Be Mine

Rock FM 97.4
Lewis Capaldi - Hold Me While You Wait

Nominations for the 2020 IRN Awards revealed
The nominations for the 2020 IRN Awards have been announced by Sky News presenter Kay Burley. There are 12 categories including the Student Journalist of the Year prize which is supported by the Broadcast Journalism Training Council. The awards event itself will take place at Sky Cinema in west London on Thursday 26th March 2020, also hosted by Kay. IRN Editor and Chair of Judges, Dave Terris said: This is a stellar list of nominations representing the gold standard in commercial radio news and sport...More >>
radiotoday.co.uk - 12.02.2020
Garry Spence to leave Capital Scotland for Clyde 1
Capital Scotland drivetime presenter Garry Spence is leaving the station after more than a decade to join commercial rival Clyde 1. Garry has been on drive on the Capital Scotland frequencies since the station rebranded from Xfm to Galaxy in November 2008. He’d previously been on Xfm Scotland’s weekend schedule, and had 3 years at Vibe in East Anglia after starting his career at MFR in his hometown of Inverness. Bauer says Garry will take over Clyde 1’s 4-6pm Home Run show from early 2020. He’s currently the only...More >>
radiotoday.co.uk - 08.08.2019
Meg McHugh to Chill on Hits Radio Scotland Network
Northsound Radio presenter Meg McHugh is to host the Hits Chilled show across the Hits Radio Network in Scotland. From Sunday 4th August, Meg will take over the Hits Chilled segment every Sunday to Thursday from 10pm to 1am across Clyde 1, Forth 1, Tay FM, Northsound 1, MFR, West FM and Radio Borders, replacing Ryan Borthwick. Joining the station in 2017, Meg began her career as a travel reporter on Northsound before covering a variety of shows across the station.More >>
radiotoday.co.uk - 03.07.2019
Bauer design agency reveals Hits Radio national roll-out
One of Bauer’s design agencies has offered an insight into the future of the Hits Radio brand after writing about its recent work on its website. Thinkfarm, which works with Bauer designing and promoting some of its radio stations, created the brand identity and marketing campaign for Hits Radio. It appears to confirm that Hits Radio will replace regional brands to create one national station.More >>
radiotoday.co.uk - 11.04.2019
Hits Radio to launch own UK Chart Show
Bauer is to broadcast its own chart show each Sunday afternoon following its decision to drop the Official Big Top 40 from Global. The UK Chart Show will broadcast every Sunday 4pm till 7pm with Sarah Jane Crawford across the Hits Radio Network from this Sunday, 6th January 2019. The programme will play “the hottest 30 tracks in the UK, airing what audiences are listening to, streaming, watching and downloading that week...More >>
radiotoday.co.uk - 04.01.2019