(Votes:13, Average:4.9)
Please share Your opinion and comments in the Facebook-comment box below the player! If the radio lags, or breaks, please send us a message on the Contact page! If the radio doesn't start at all, try to check the Troubleshooting page to find a solution! 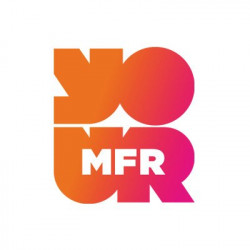 Listen to the internet radio of MFR live, which started its broadcasting in 1982 as Moray Firth Radio. MFR is in the ownership of Bauer Radio Ltd., member of the Planet Radio station fleet, and part of Bauer’s Hits Radio Network.
The station broadcasts from its Inverness studios, available on FM in Moray, Highland and North-West Aberdeenshire, its local news primarily covers these territories, with sports, weather, and traffic info, and besides that, also Scottish and UK related news in its night-time and weekend news bulletins.
The broadcaster's playlist brings the current waves of pop music, with some glances to the last fifteen years’ bests. On Sundays "The UK Chart Show" is broadcasted from 4pm to 7pm, which is Bauer's own chart show led by Sarah-Jane Crawford, with the hottest 30 songs.
The radio's morning spot is filled with the “Dan & Grace in the Morning” breakfast show, which is envigorated by Daniel Gilchrist and Grace Wylie on weekdays from 6am to 10am.

You can select the station's greatest hits oriented sister station MFR 2 below the player!

Cheesy FM
Rick Astley - Whenever You Need Somebody

Nation Radio
Cher - If I Could Turn Back Time

Original 106
George Ezra - Anyone For You

Radio Essex
Mahalia - In The Club

Event to celebrate 40 years of Moray Firth Radio
The Radio Academy’s Scotland Branch is holding a virtual evening event to celebrate 40 years of MFR. Broadcaster Garry Spence will be joined by Susie Rose who recently released a book about the station called ‘Making Waves’, along with launch MD Thomas Prag, former Head of Radio for BBC Scotland Jeff Zycinski, and Grace Nicoll who presents the MFR Breakfast Show with Dan Gilchrist. Join them on their Facebook page on Tuesday 9th February at 7pm to hear stories from MFR’s past right through to the present day and discover just what it means to broadcast to such a unique part of the country...More >>
radiotoday.co.uk - 03.02.2021
Garry Spence gets Drive on MFR and Radio Borders
Garry Spence is set to return to weekdays on MFR, the station where he started his career over 20 years ago, as well as Radio Borders. He’ll be taking over the networked 4pm to 7pm slot on both stations from Tuesday 5th January 2021. Garry grew up in Inverness and started as a volunteer at the station in 1996. He got his very first Saturday night show in 1997 at just 14 years old and by the age of 17 he was doing three shows a week and went full-time on daytime in 2001. Garry left the station in 2003 but returned earlier this year to host Saturday Night Anthems on the network...More >>
radiotoday.co.uk - 10.12.2020
Bauer stations to air new Scottish sports show
A new sports show – The Big Saturday Football Show – is being launched across five Bauer stations in Scotland from next Saturday. Presented by Steven Mill and Ewen Cameron, the 2-6pm programme will broadcast on Forth 1, MFR, Tay FM, West FM and Radio Borders. Superscoreboard will continue on Clyde 1, while Northsound 1 in Aberdeen is launching a new show called ‘Red Saturday’ hosted by Mike MacDermid and Cheryl Buchan. Some stations from the Hits Radio Network in Scotland are also going to get local Saturday breakfast shows from next weekend as MFR, Tay FM, West FM and Radio Borders opt out of...More >>
radiotoday.co.uk - 09.10.2020
Garry Spence to leave Capital Scotland for Clyde 1
Capital Scotland drivetime presenter Garry Spence is leaving the station after more than a decade to join commercial rival Clyde 1. Garry has been on drive on the Capital Scotland frequencies since the station rebranded from Xfm to Galaxy in November 2008. He’d previously been on Xfm Scotland’s weekend schedule, and had 3 years at Vibe in East Anglia after starting his career at MFR in his hometown of Inverness. Bauer says Garry will take over Clyde 1’s 4-6pm Home Run show from early 2020. He’s currently the only...More >>
radiotoday.co.uk - 08.08.2019
Meg McHugh to Chill on Hits Radio Scotland Network
Northsound Radio presenter Meg McHugh is to host the Hits Chilled show across the Hits Radio Network in Scotland. From Sunday 4th August, Meg will take over the Hits Chilled segment every Sunday to Thursday from 10pm to 1am across Clyde 1, Forth 1, Tay FM, Northsound 1, MFR, West FM and Radio Borders, replacing Ryan Borthwick. Joining the station in 2017, Meg began her career as a travel reporter on Northsound before covering a variety of shows across the station.More >>
radiotoday.co.uk - 03.07.2019
Bauer design agency reveals Hits Radio national roll-out
One of Bauer’s design agencies has offered an insight into the future of the Hits Radio brand after writing about its recent work on its website. Thinkfarm, which works with Bauer designing and promoting some of its radio stations, created the brand identity and marketing campaign for Hits Radio. It appears to confirm that Hits Radio will replace regional brands to create one national station.More >>
radiotoday.co.uk - 11.04.2019
Hits Radio to launch own UK Chart Show
Bauer is to broadcast its own chart show each Sunday afternoon following its decision to drop the Official Big Top 40 from Global. The UK Chart Show will broadcast every Sunday 4pm till 7pm with Sarah Jane Crawford across the Hits Radio Network from this Sunday, 6th January 2019. The programme will play “the hottest 30 tracks in the UK, airing what audiences are listening to, streaming, watching and downloading that week...More >>
radiotoday.co.uk - 04.01.2019