(Votes:11, Average:4.8)
If the online broadcast of Manx Radio doesn't start, or lags, please contact us on the Contact page, or try to find the error on the Troubleshooting page. 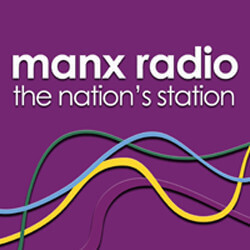 Listen to the internet radio of Manx Radio live, which has been broadcasting since 1964, when started as the first commercial radio of the Isle of Man, in its Douglas studios. In 2014 Manx Radio had become offically the national public service broadcaster of the Isle of Man. The station's majority owner is the Isle of Man Treasury.
The radio's playlist is a mild compilation of easy-listening pop music from the last 50 years. The talk programmes mainly deal with local personalities, events, affairs and also cultural and arts topics are discussed. Manx Radio news brings local news, sports, travel and weather updates besides the national and international level information supply.
The broadcaster brightens up the weekday mornings from 7:30am to 9:30am with Ben Hartley and Sian Cowper in the radio's breakfast show.

The station's FM and AM broadcasts have some different programmes, and both can be selected below the player.

Heart FM
Dna / Sharon Redd - Can You Handle It

Heart 80s
Michael Jackson - Another Part Of Me

Q Radio
Hudson Taylor - How I Know It's Christmas

Radio X
Coldplay - In My Place

Heart Dance
Dna / Sharon Redd - Can You Handle It

Isle of Wight Radio
Tom Grennan - All These Nights

XS Manchester 106.1
The Charlatans - One To Another

SunKiss
Joe Cocker - You Are So Beautiful

Radio Essex
Maroon 5 - She Will Be Loved

Manx Radio secures extra funding to continue operating
Manx Radio has been successful in its Report to the Isle of Man Government, Tynwald to secure the future of the service. The station will now get almost £1m in 2020 after Tynwald approved a £95,000 increase. In October 2018, a Tynwald session into the funding and structure of the Islands Public Service Broadcaster was unable to reach a conclusion on the future of Manx Radio. At a further meeting in January 2019, Tynwald instructed Manx Radio’s board to go and write a report to “develop a sustainable operational and funding plan to be...More >>
radiotoday.co.uk - 25.10.2019

20:12Pink - What About Us
Get older playlist