(Votes:28, Average:4.9)
Please share Your opinion and comments in the Facebook-comment box below the player! If the radio lags, or breaks, please send us a message on the Contact page! If the radio doesn't start at all, try to check the Troubleshooting page to find a solution! 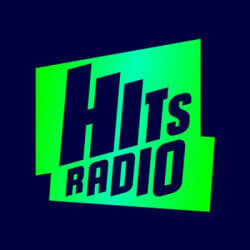 Listen online to the internet radio of Hits Radio live here, on UK Radio Live!
Hits Radio started in 2018, rebranding the former "Key 103" radio, and merging with the former "The Hits" radio, so created one expanded musical life source for Greater Manchester by the local Hits Radio Manchester radio, and a more expanded digital one, by the nationally available Hits Radio UK. Hits Radio Manchester and Hits Radio UK have almost 1 million weekly listeners.
Hits Radio is Bauer Radio Ltd.’s radio station and member of the Planet Radio radio station fleet, and the headquarters of Bauer's Hits Radio Brand, which is consisted of 43 radio services in 27 stations (with the services of the Greatest Hits Radio network), and has more than 6.6 million weekly listeners in the UK, so the third most listened to radio brand in the commercial segment.
Operating from Manchester, Hits Radio Manchester adjusts its programme stucture primarily for the people of Greater Manchester. Thus the local news bulletins are about this area, and besides that, national-international news are also take place in the schedule, which is partly broadcasts networked programming for Bauer's Hit Radio Network.
The music playlist selects from the last few years’ biggest hits, but primarily concentrating on the current biggest hits. The broadcaster is aspirant to be the living part of the listeners daily routine, so good-tempered presenters with dynamic music selection work together for showing a brighter perspective throughout the day.
The station ignites the weekday mornings from 6am to 10am with Fleur East, Greg Burns, and James Barr in Hits Radio Manchester's breakfast show, and also on Saturdays from 9am to 12am. On Sundays "The UK Chart Show" is broadcasted across the whole network, which is Bauer's own, brand-new chart show led by Sarah-Jane Crawford, from 4pm to 7pm, with the hottest 30 songs.

Below the player You can select the UK and Manchester streams of the broadcaster, Hits Radio Pride, and Greatest Hits Radio is available as individual radio on our site, with all of its local streams in the UK!

You can tune in to the broadcast with your traditional analogue radio on 103 FM in Manchester. And without territorial restriction, the broadcast is available in the UK on the digital platforms. We recommend the online radio stream.

DJ On Tap
Journey - Wheel In The Sky

BBC Radio 3
Antonio Bazzini - The Dance of the Goblins Op.25

KISSTORY
Egypt - In The Morning

Cheesy FM
Heart - All I Wanna Do Is Make Love...

Revenge FM
Commodores - Stuck On You

Greatest Hits Radio
Bob Marley and The Wailers - Is This Love

Hits Radio
The 10am Throwback

Magic at the Musicals
Hamilton - The Schuyler Sisters

Jackie Brambles to host Greatest Hits Radio series
The latest Audio Content Fund includes funding a four-part series called Greatest Brits with Jackie Brambles for Greatest Hits Radio. The former BBC Radio 1 host and current BBC Radio Scotland presenter will celebrate 80s and 90s British female artists in the run-up to the 2021 BRIT Awards. It’s one of many projects awarded money in the latest round, bringing the total to £1.7m in the past year. The projects will broadcast across more than 120 different radio stations and will be produced by 19 different independent production companies...More >>
radiotoday.co.uk - 16.03.2021
Simon Mayo returns to Drivetime radio with GHR
Greatest Hits Radio’s new networked Drivetime show with Simon Mayo launched on Monday with Gary Barlow, Marti Pellow, Midge Ure, Tony Hadley and many more artists wishing him well. Kicking off the programme with Bruce Springsteen’s ‘Born To Run’, Simon welcomed in listeners both new and old. The show is broadcast from London across the Greatest Hits Radio network in England and Wales, and features split ads/jingles, regional news and local travel news for each licence the show is broadcast on. Simon also has new sung jingles to use on the show, which are produced with VO mentions for local areas...More >>
radiotoday.co.uk - 15.03.2021
Schedule changes for Virgin Anthems, Chilled and Groove
Virgin Radio Anthems, Virgin Radio Chilled and Virgin Radio Groove are having some changes made to their schedules next month. Jez Welham, Sean Goldsmith and Matt Brown join the team whilst Chris Brooks, Rich Williams and Dave Kelly take over new slots. Sean Goldsmith joins from Bauer’s Greatest Hits Radio and will join Virgin Radio Chilled to present weekday evenings from 6pm. Children’s author Matt Brown, who previously worked for Capital, Heart and Magic, will present Virgin Radio Chilled’s weekends from 2pm- 6pm. Former KISS FM and Capital XTRA presenter Jez Welham (in the photo above) will join Virgin Radio Groove to present on Saturday and Sunday from 2pm – 6pm...More >>
radiotoday.co.uk - 24.02.2021
Pirate FM and Lincs FM to take Bauer’s chart show
Bauer’s Sunday afternoon chart countdown is to air on Pirate FM and Lincs FM from this weekend. The Hits Radio Network’s ‘UK Chart Show’ is hosted by Sarah Jane Crawford and can be heard across stations such as Metro Radio, Radio Clyde and Radio City. On Lincs FM, it replaces the locally made Top 30 with Joseph Begley, whilst at Pirate FM it provides an alternative to the current non-stop music. Joseph will continue to host his Saturday breakfast show on Lincs FM...More >>
radiotoday.co.uk - 11.02.2021
Simon Mayo to host Drive on Greatest Hits Radio
Greatest Hits Radio Drivetime is going networked with Scala Radio presenter Simon Mayo joining the schedule full time from March 15th. He’ll leave his daily programme at Scala but stay for a weekend show, after two years in the mid-morning slot. Current regional Drivetime presenters on Greatest Hits Radio will move to the afternoon 1-4pm show, keeping its Ofcom obligation to provide at least three hours of regional programmes each weekday. The exception being Greatest Hits Radio NW Drivetime presenter Darren Proctor who moves to 7-10pm on the network, replacing Rick Houghton who is leaving Bauer...More >>
radiotoday.co.uk - 01.02.2021
Mica Paris to host music series on Greatest Hits Radio
Greatest Hits Radio is launching a new three part music series called ‘Soul Food Songs’, guest presented by Mica Paris MBE. It will be exploring what makes an uplifting Soul anthem and how music helps our physical and mental health. The series will culminate in a Top 200 Countdown of the Greatest Soul Food Songs, as voted for by listeners. Alongside Mica, contributors including Tony Hadley, Dr Amir Khan, Jaki Graham, Omar, Paul McKenna and Ainsley Harriott will also take part in the series which airs from Wednesday 13th January at 7pm, with weekly repeats Sundays at 9pm...More >>
radiotoday.co.uk - 12.01.2021
Tom Green joins Hits Radio as Hattie Pearson moves to weekdays
Morning changes at Hits Radio mean a new weekday early breakfast show for Hattie Pearson and Tom Green joining the network for weekend breakfast. Tom Green comes from KISS where he previously co-hosted Breakfast. He’ll replace Hattie on the Saturday and Sunday 6-9am slot, as Hattie moves to Monday to Friday 4-6am. It marks a return to ‘Hits’ for Tom as he used to present Breakfast on The Hits before joining KISS in 2017. John Isherwood, who previously hosted the overnight show on Hits Radio, departed the network at the end of 2020...More >>
radiotoday.co.uk - 04.01.2021
Schedule changes coming to Greatest Hits Radio
Greatest Hits Radio is getting a schedule shake-up in January as Jenny Powell and Debbie Mac join, and Andy Crane and Alex Lester move to different time slots. Debbie Mac comes over from Hits Radio to present the weekday afternoon show, replacing Andy Crane, whilst TV host Jenny Powell will host a new weekend breakfast show. Andy Crane moves to a new late-night programme from 10pm to 1am from Sunday through to Thursdays while the dark lord Alex Lester returns to the Best Time of the Day Show to keep the overnight club awake between 1am – 6am...More >>
radiotoday.co.uk - 03.12.2020
Bauer stations to air new Scottish sports show
A new sports show – The Big Saturday Football Show – is being launched across five Bauer stations in Scotland from next Saturday. Presented by Steven Mill and Ewen Cameron, the 2-6pm programme will broadcast on Forth 1, MFR, Tay FM, West FM and Radio Borders. Superscoreboard will continue on Clyde 1, while Northsound 1 in Aberdeen is launching a new show called ‘Red Saturday’ hosted by Mike MacDermid and Cheryl Buchan. Some stations from the Hits Radio Network in Scotland are also going to get local Saturday breakfast shows from next weekend as MFR, Tay FM, West FM and Radio Borders opt out of...More >>
radiotoday.co.uk - 09.10.2020