(Votes:27, Average:4.9)
If the online broadcast of Gaydio doesn't start, or lags, please contact us on the Contact page, or try to find the error on the Troubleshooting page. 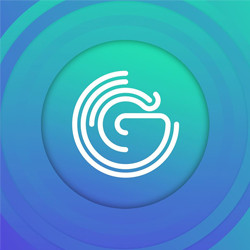 Listen online to the internet radio of Gaydio live, which started its broadcast in 2006 when it was just the Gaydio Manchester station, but in 2018 united with Gaydio Brighton and since then they have a semi-jointed broadcast.
The broadcaster is the first and biggest radio service for the LGBT community in the UK, and in the radio's opinion, they are the world’s biggest LGBT radio station.
The station's music line-up is intended to reflect the taste of the LGBT community, so the more emotional and dynamic pieces of pop, dance and urban fills the playlist through the day besides the talk-shows and recurring news-travel-weather bulletins.
The broadcaster powers-up on weekday mornings from 7am to 10am with Paris Munro and Dave Cooper who guarantee the happy and lovely start of the day.

Heart Dance
Nu Generation - In Your Arms (Rescue Me)

Gaydio joins seven more DAB digital radio multiplexes
Gaydio is now broadcasting in seven more cities across the UK via small-scale DAB multiplexes. The station has been added to Glasgow, Edinburgh, Cardiff, Birmingham, Bristol, Leeds and Sheffield in DAB+. Kriss Herbert, Network Content Manager and mid-morning presenter said:...More >>
radiotoday.co.uk - 09.01.2023
Gaydio launches Pride Awards for LGBTQ+ community
Gaydio has announced a new event to celebrate and honour LGBTQ+ charities, organisations, and people across the country. The Gaydio Pride Awards with Hilton will take place on Friday 10th February 2023 at Hilton Hotel Manchester on Deansgate. The ceremony will celebrate the extraordinary efforts to bring Pride to all corners of the UK across 10 categories...More >>
radiotoday.co.uk - 28.10.2022
Gaydio celebrates Lady Gaga Tour with rebrand to Gaydio Gaga
LGBTQ+ station Gaydio is getting behind Lady Gaga and rebranding itself as Gaydio Gaga in support of the singer’s Chromatica Ball Summer Tour coming to the UK. Paris and Dave from Gaydio Breakfast announced the move planned for Friday 29th July when the station will only broadcast Lady Gaga songs as Little Monsters prepare to watch the “Bad Romance” hit maker take to...More >>
radiotoday.co.uk - 04.07.2022
Gaydio partners with four separate Pride events this year
Gaydio is working together with Pride in London, Manchester Pride, Brighton Pride and Birmingham Pride this year. The partnerships will see Gaydio support each organisation with bespoke campaigns aimed at increasing the organisations’ presence in the LGBTQ+ community. The season kicks off with Gaydio as a Gold Media Partner for Pride in London, commemorating and celebrating 50 Years since the first Pride took place in the UK...More >>
radiotoday.co.uk - 27.06.2022
Presenter comes out live on-air as trans-masculine non-binary
Paris Munro revealed to his Gaydio Breakfast co-host Dave Cooper and listeners today that he is transmasculine non-binary. It means Paris now uses any and all pronouns (he/she/they). “You might have seen on my personal Instagram… but I’m coming out now on the radio for the very first time as transmasc non-binary.”More >>
radiotoday.co.uk - 12.01.2022
Gaydio appoints Paris and Dave for its new breakfast show
A new double-header breakfast show has been announced at Gaydio with Paris Munro and Dave Cooper. Paris joins the line-up after a career working across radio around the UK and abroad. Dave cut his teeth programme making both in Manchester and Brighton as well as spending several years as a mainstay behind Gaydio’s ‘in the mix’ weekend programming...More >>
radiotoday.co.uk - 20.09.2021
Eight new presenters get BBC Radio 1 opportunity
Eight of the presenters given a one-off show over the 2020 festive period at Radio 1 are returning to host a month of Early Friday Breakfast shows. Dean McCullough, Rakeem Omar, Danni Diston, Sam MacGregor, Darcy Kelly, Alex West, Numi Gildert and Robyn Richford will host the programme over the coming months. First up will be 28-year-old Dean McCullough, who will take on Friday Early Breakfast in April. Originally from Belfast and now based in Manchester, Dean started out volunteering at Wandsworth Radio in 2016 before landing a show on Gaydio, where he currently hosts the breakfast show...More >>
radiotoday.co.uk - 25.02.2021