(Votes:16, Average:4.9)
Please share Your opinion and comments in the Facebook-comment box below the player! If the radio lags, or breaks, please send us a message on the Contact page! If the radio doesn't start at all, try to check the Troubleshooting page to find a solution! 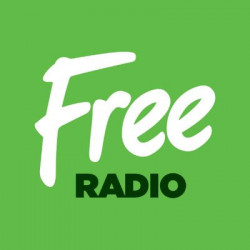 Listen to the internet radio of Free Radio online, which is in the ownership of Bauer Radio Ltd., part of Bauer's Hits Radio Network, and member of Planet Radio.
The station's playlist airs primarily mainstream music, with larger emphasis on the current pop songs, but the classic hits from the last 15 years are also included. Local news and travel-traffic information as well as locally relevant weather reports keep the listeners updated.
The broadcaster starts the weekdays with the "Hits at Breakfast with JD & Roisin" morning show between 6am and 10am. On Sundays "The UK Chart Show" is broadcasted on all Free Radio stations, from 4pm to 7pm, which is led by Sarah-Jane Crawford, with the hottest 30 songs.

Smooth Radio
Rod Stewart - I Don't Want To Talk About It

Heart Dance
Pitbull - I Know You Want Me (Calle Ocho)

Boom Radio
The Tremeloes - Me And My Life

Bauer ends separate Hits at Breakfast shows on Free Radio
Free Radio’s two breakfast shows across the West Midlands are to become one next week as Dan Morrissey leaves the network. Dan currently hosts breakfast across Free Radio Birmingham and Shropshire & Black Country (previously BRMB & Beacon) and has been with the station for 15 years. He’ll continue to host shows on Magic...More >>
radiotoday.co.uk - 23.11.2021
Nick Ferrari picks up Gold at the IRN Awards
All the winners have been announced for the IRN Awards 2020, including the Gold Award going to LBC’s Nick Ferrari. Nick won the IRN Gold Award to mark his outstanding contribution to commercial radio news. Viewers of the online event were played a montage of Ferrari’s best interview clips in which he challenges Boris Johnson, Michael Gove, Dianne Abbott, the former Green Party leader Natalie Bennett and the Metropolitan Police Commissioner Cressida Dick. Accepting the award, Nick said: “These are strange times to be receiving an award but I know it’s great that there are many class Global acts that are on the list so for me to actually receive one means a lot. Thank you so much.” ...More >>
radiotoday.co.uk - 30.07.2020
RAJAR Q1 2020: Regional and local radio facts and figures
XS Manchester has doubled its listening hours year-on-year after the station was saved from closure. The Communicorp station now has 132,000 weekly reach (last year 94,000) and 1.28 million hours (last year 546k), giving it more total hours than Manchester’s heritage station Hits Radio. Also in the north west, Radio City Talk, which will close at the end of this month, leaves with 32,000 weekly listeners, down from 45,000 a year ago. Sticking with Bauer, local stations are mostly on the up. Of the 15 local services for Greatest Hits Radio in Scotland and England, eight are up and seven are down...More >>
radiotoday.co.uk - 14.05.2020
Nominations for the 2020 IRN Awards revealed
The nominations for the 2020 IRN Awards have been announced by Sky News presenter Kay Burley. There are 12 categories including the Student Journalist of the Year prize which is supported by the Broadcast Journalism Training Council. The awards event itself will take place at Sky Cinema in west London on Thursday 26th March 2020, also hosted by Kay. IRN Editor and Chair of Judges, Dave Terris said: This is a stellar list of nominations representing the gold standard in commercial radio news and sport...More >>
radiotoday.co.uk - 12.02.2020
RAJAR Q4 2019: Regional and local radio facts and figures
The big stories from around the regions this quarter include Capital Scotland shedding 104,000 listeners, whilst Hits Radio and Greatest Hits Radio increased listeners in the North of England. Global brands - The majority of regional and local Capital stations are down – including Capital Scotland which falls from 513,000 to 409,000 weekly reach, Capital South Wales going from 213,000 to 180,000, Manchester down from 493,000 to 437,000 and Yorkshire down to its lowest figure of 849,000. Recently acquired and...More >>
radiotoday.co.uk - 06.02.2020
Opinion: RadioToday industry predictions for 2020
One thing is for sure – radio is changing at an incredible pace. Keeping up with emerging products and making full use of smart technology is key. But whilst the art of ‘input’ is changing, the ‘output’ has remained fairly static for many decades. Listeners can still hear a friendly voice on the radio at all hours of the day – the major difference is where the voice is located and when they were recorded. But let’s dig deeper down into the industry and see what 2020 might bring...More >>
radiotoday.co.uk - 01.01.2020
David Lloyd releases new Radio Secrets book
A new insider’s guide to presenting and producing powerful content for broadcast and podcast has been written by David Lloyd. David has spent 35 years in radio, mostly in management, from LBC to Virgin, Century to Galaxy, Trent to Lincs FM, Free Radio to Gem 106 and BBC. He is now offering consultancy services and producing a weekly Radio Moments podcast and regular hour-long Conversations series with radio people who have made a difference. David tells RadioToday: “I wanted to write a new book which really fitted today’s"...More >>
radiotoday.co.uk - 27.08.2019
Bauer to network drivetime across 11 licences in North and Midlands
Bauer Media has announced plans to network Wes Butters and Gemma Atkinson across most of its big city stations in England, meaning 7 presenters will lose their daily drivetime show. From 2nd September, Wes will be on 4-7pm across Metro Radio, TFM, Rock FM, Radio City, Hallam FM, Radio Aire, Viking FM and the four Free Radio stations in the West Midlands – in addition to his current show on Hits Radio in Manchester and on DAB across the UK. Gemma will join the show after her maternity leave...More >>
radiotoday.co.uk - 05.08.2019
Bauer gains approval to network breakfast shows
Ofcom has granted Bauer a number of Format changes to allow all of its stations to network all but three hours each weekday rather than the previous seven. UK commercial radio stations have been allowed to submit Format changes since the Localness Guidelines were amended last year, but Bauer has only just taken the steps required to allow this. Bauer can now share all programmes, with the exception of a three-hour show on weekdays (which doesn’t have to be breakfast), in the approved areas already suggested by Ofcom.More >>
radiotoday.co.uk - 08.07.2019

The Wave
David Guetta, Becky Hill and Ella Henderson - Crazy What Love Can Do

02:46David Guetta, Becky Hill and Ella Henderson - Crazy What Love Can Do