(Votes:29, Average:4.7)
Please share Your opinion and comments in the Facebook-comment box below the player! If the radio lags, or breaks, please send us a message on the Contact page! If the radio doesn't start at all, try to check the Troubleshooting page to find a solution! 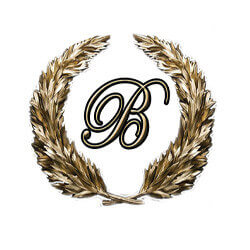 Listen to the internet radio of BluesMen Channel live, which launched in 2016 as a digitally distributed music radio, operating from its London studios.
The broadcaster is a pioneer radio service in the mainstream-pop flooded cascade of the present and it undertakes the noble mission of giving airtime for those music genres whose foundations could never be broken by the winds of change. Blues and rock have always kept their original meanings and sound-creating methods, freed from the all-consuming electrosmog - so the songs of these genres remained an emotionally led combination of the sounds of real instruments and real human-voices inspired by the artists' souls instead of the music-marketing experts'.
BluesMen Channel also supports the new talents of these music genres, giving chance to them to air their music on the always renewing, enthusiastically assembled playlists. Thus the radio is also a source for new, never heard, yet-to-be released songs of blues, rock and their numerous sub-genres from all over the world.

BluesMen Channel 's slogan: "The Blues Decides in Whom to Settle..."

The broadcast is available by its online radio stream worldwide.
Your favourite radios
LBC Radio - LBC 97.3

Cheesy FM
Alex Party - Don't Give Me Your Life

DJ On Tap
Big Mountain - Baby I Love Your Way

Original 106
Robert Palmer and Ub40 - I'll Be Your Baby Tonight

U105
Eagle Eye Cherry - Save Tonight

Boom Radio
Shalamar - I Can Make You Feel Good

3FM Isle of Man
Lady A - Need You Now

JACKfm
D:ream - Things Can Only Get Better

Gaydio
HOLA! - On The Floor