(Votes:3, Average:5)
If the online broadcast of BFBS Gurkha Radio doesn't start, or lags, please contact us on the Contact page, or try to find the error on the Troubleshooting page. 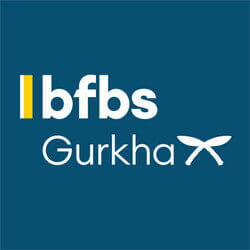 Listen online to the internet radio of BFBS Gurkha Radio! BFBS is the acronym of the British Forces Broadcasting Service, which has been founded in 1943 to provide radio and television programmes for Her Majesty's Armed Forces worldwide. The radio service of BFBS Radio offers 24 different broadcasts related to territories in the UK and to countries of the world, and also several digitally distributed music genre oriented channels. The BFBS radios air music, news, entertainment and community service to the global Forces Community around the world. Most of the channels use English in their broadcasts, but one of the most popular BFBS channel, the BFBS Gurkha Network uses the hindi language, and airs native music for the Gurkhas all over the world.

Smooth Chill
Moby - In This World

DJ On Tap
Nero - The Thrill

Pure Radio
Mental As Anything - Live It Up

BFBS Esports Live returns for a second series with OJ Borg
BFBS is launching the second series of BFBS Esports Live hosted by BBC Radio 2 presenter OJ Borg. The 30-minute weekly show, starting on BFBS Radio tonight at 6.30pm, will once again be dedicated to the Forces’ favourite esports games and online communities and will be available to military audiences worldwide...More >>
radiotoday.co.uk - 24.01.2023