(Votes:61, Average:4.7)
If the online broadcast of BBC Radio 6 Music doesn't start, or lags, please contact us on the Contact page, or try to find the error on the Troubleshooting page. 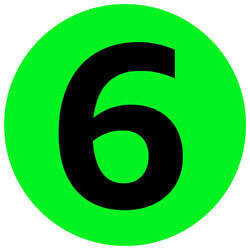 Listen online to the internet radio of BBC Radio 6 Music live, which is the most listened to radio in the competition of the only digitally distributed radios in the UK. Almost every alternative and indie music lover can find his account in the musical palette, because the station compiles its musical line-up mainly from the past 40 years to the present. Sometimes it steps back further in time, and brings some pieces from the 60s, and 70s too. Primarily alternative and indie fill up the musical repertoire, but also pop, rock, trip-hop, electronica, dance, indie pop and iconic rock diversify the palette, furthermore live concerts are also broadcasted. The radio broadcasts the year after year growing 6 Music Festival live, which is BBC’s official music festival in the United Kingdom.
BBC Radio 6 Music morning programme doesn't have the generally used "Breakfast" word in its name, but it has the expected good mooded and dynamic characteristics to rev up the atmosphere. On weekdays from 7:30am to 10:30am Lauren Laverne leads the morning block with diverse content, from music news to talks, and occasionally scientific and poetic topics are also discussed with various guests.

BBC Radio 6 Music slogan: "The Best Music Beyond the Mainstream"

The broadcast is not available on the traditional analogue radio way, but can be reached by the digital solutions like DAB Digital Radio and DigitalTV, we recommend the online radio stream.
DigitalTV: Freeview - Channel 707, Freesat - Channel 707, Sky - Channel 0120, Virgin - Channel 909
Your favourite radios
Capital FM
Drake feat. Rihanna - Take Care

Heart 80s
Level 42 - Something About You

Capital XTRA
Sunshine Anderson - Heard It All Before

Heart 90s
Everything but The Girl - Missing

DJ On Tap
All Saints - Under The Bridge

Boom Radio
Judie Tzuke - For You

Pure Radio
Mike And The Mechanics - Over My Shoulder

Jayne Middlemiss to host weekday afternoons on Virgin Radio
Radio and TV presenter, Jayne Middlemiss is the new host of weekday afternoons on Virgin Radio. Jayne began her career presenting music TV shows such as Top of the Pops and has previously presented on BBC Radio 1 and BBC Radio 6 Music. She has also won both Celebrity Masterchef and Celebrity Love Island...More >>
ontheradio.co.uk - 21.10.2022
Radio presenter Lauren Laverne speaks out for Sunderland
Lauren Laverne, an honorary graduate at the University of Sunderland, is helping showcase the University in a new promotional video. The Sunderland-born broadcaster voices the video, ‘Think Sunderland’, which celebrates the University’s career-focused courses, facilities, inclusive and culture and everything the city has to offer. Lauren, host of the BBC Radio 6 Breakfast Show and Radio 4’s Desert Island Discs...More >>
radiotoday.co.uk - 15.11.2021
Steve Lamacq to begin the build-up to BBC Radio 6 Music’s T-Shirt Day
Next Friday 19 November is the 14th annual #TShirtDay where BBC Radio 6 Music invites listeners to wear their favourite band or artist tee to show their love for them. Across the day on 6 Music, from 7am to 7pm, presenters will be taking listener requests and playing music from artists who appear on their tees...More >>
ontheradio.co.uk - 14.11.2021
Cillian Murphy’s Limited Edition returns to BBC Radio 6 Music
Cillian Murphy is returning to BBC Radio 6 Music next month to present a new six-part series of Cillian Murphy’s Limited Edition. The series begins on Sunday 31 October (12am-2am) and will see Cillian discuss some more of his favourite music. Music featured will include tracks from artists old and new, including Nina Simone, Yard Act, BERWYN, Brian Eno, Little Simz, BEAK>, The Beatles and many more...More >>
ontheradio.co.uk - 29.09.2021
Craig Charles to replace Shaun Keaveny at BBC Radio 6 Music
Schedule changes coming to 6 Music this September include Craig Charles replacing Shaun Keaveny on the afternoon shift. Shaun announced in June 2021 that he was leaving the network after 14 years. Craig will host the show from Salford in addition to his weekend shows on 6 Music and BBC Radio 2...More >>
radiotoday.co.uk - 21.07.2021
More syndicated programmes for BBC Radio this Christmas
The official launch of Christmas at BBC network radio will take place on Tuesday 1st December when Radio 1, Radio 1 Dance, 1Xtra, Asian Network, Radio 2 and 6 Music come together for a syndicated show. The BBC Radio Christmas House Party will see the six services come together to launch their festive celebrations at 5pm. And BBC local radio stations will be handing over their local frequencies for more networked shows than usual over Christmas with only seven hours of local output on Christmas Day as all 39 stations take the same shows before 7am and after 2pm. Between Christmas and New Year, local stations will also syndicate from 6pm till 6am with Nana Akua from 6pm and Jim Davis from 10pm...More >>
radiotoday.co.uk - 30.11.2020
Cillian Murphy returns to BBC Radio 6 Music
Cillian Murphy is back at 6 Music to host a new 12 part series called Cillian Murphy’s Limited Edition. The series of two-hour programmes launches on Monday 19 October on 6 Music (12am-2am) and sees Cillian curate his own nocturnal playlist, made for after midnight. The programmes will feature a personal selection by Cillian of music both old and new, with genres ranging from afrobeat to electronica, jazz, spoken word and poetry and featuring iconic artists including Patti Smith, Iggy Pop, David Bowie and many more. At the end of each episode listeners will be able to listen immediately to the next programme, which will be available on BBC Sounds ahead of being broadcast on BBC Radio 6 Music the following Monday...More >>
radiotoday.co.uk - 12.10.2020
Samantha Moy appointed 6 Music Head of Station
BBC Radio 6 Music’s Head of Content Commissioning Samantha Moy has been appointed as the new Head of Station. Sam was previously the station’s Network Editor having originally joining 6 Music and latterly Radio 2 as Executive Producer, overseeing shows like Steve Lamacq and Steve Wright In The Afternoon. She started her career in radio at Kiss 100 in London, joining independent production company Somethin’ Else to produce programmes for Radio 1, Radio 2 and the BBC World Service. Sam then joined..More >>
radiotoday.co.uk - 08.07.2020
RAJAR Q1 2020: Four percent growth in digital share
Digital listening share has increased to a new record of 58.6% up from 56.4% year on year in the latest RAJAR figures. Digital reach is also at a new record with 36.9 million adults, or 67% of the population, tuning in via a digital platform, up from 36.3m in Q1 2019. Listening via online and apps now accounts for 14% of all listening and nearly a quarter (24%) of digital listening, having grown by 25.4 million hours (or by 23%) year on year. With 32% of adults now claiming to own a smart speaker, online listening in home was for the fourth consecutive quarter the fastest growing platform and location, increasing by 21 million hours (or by 26.6%) year on year...More >>
radiotoday.co.uk - 14.05.2020

19:47Parliament - I Call My Baby Pussycat

00:00 - 6 Music Artist in Residence
Jamie T, 9. My Favourite Covers Of All Time
Jamie T presents an hour of his favourite cover versions.
01:00 - Malcolm McLaren's Duck Rock: In His Own Words
Malcolm McLaren tells the extraordinary story of his 1983 album, Duck Rock.
02:00 - The Look Of Music, The Sound Of Fashion: Malcolm McLaren In His Own Words
Malcolm McLaren, who died in April 2010, looks back on his extraordinary life and work. (R)
03:00 - 6 Music's Indie Forever
Indie love for Valentine's Day
An Indie Valentine's; nothing but solid-gold indie hits to get you feeling all the feels.
04:00 - The 6 Music Playlist
Your New Favourite Tunes of 2023!
Want to hear the latest tracks 6 Music have added to their playlist? Then listen here!
05:00 - Chris Hawkins
with Roisin Murphy
Chris is joined by Irish singer/songwriter and record producer Roisin Murphy.
07:30 - Lauren Laverne
Exhilarating anthems and unexpected gems for your midweek morning
Lauren gets your Wednesday going with the most breathtaking music.
10:30 - Mary Anne Hobbs
Your Mid Week Musical Mood Enhancer
Your Mid Week Musical Mood Enhancer.
13:00 - Craig Charles
Your midweek pick-me-up featuring Kathy Sledge and Alice Cooper
Featuring Craig's favourite chats with Kathy Sledge, Alice Cooper and Elvis Costello.
16:00 - Steve Lamacq
Hamish Hawk talks through his new album Angel Numbers
Plus, Steve has brand new music from Coach Party and Squid.
19:00 - Marc Riley
Antlers Archive Session
Who's On My T Shirt Tonight Then - tonight.
21:00 - Gideon Coe
Old Town is the Label Of Love.
As many records as we can manage, including sessions and concerts from the BBC archive.