(Votes:23, Average:4.8)
Please share Your opinion and comments in the Facebook-comment box below the player! If the radio lags, or breaks, please send us a message on the Contact page! If the radio doesn't start at all, try to check the Troubleshooting page to find a solution! 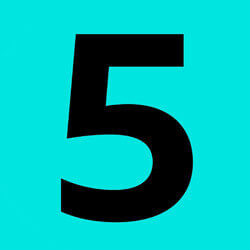 Listen online to the internet radio of BBC Radio 5 Live here on UK Radio Live!
BBC Radio 5 Live with more than 5.4 million weekly listeners is the fifth most popular radio station in the United Kingdom. The most important news source in the UK among the radio listeners’ community, as specialized BBC radio in broadcasting the breaking news of BBC News. Even solves the news-hunger of the United Kingdom-wide, decisive sized sports fan community by live sports coverings. Almost all major UK related sports events are covered by the BBC Radio Five Live. In case of concurrent major sports events, the BBC Radio 5 Live’s sister station, BBC Radio 5 Live Sports Extra helps to follow multiple sports events at once. Further programmes in the schedule are interviews, phone-in talks, and weather reports.
BBC Radio 5 Live Breakfast brings more waves of morning shows to the listeners on weekdays, because from 6am two presenters of 5 Live Breakfast team pick the topics from national and international news and sports until 9am, when one of them takes over the air, and receives phone calls from the listeners and continues the discussion with them to 10am. In the season of Premier League, on Fridays from 8:30am to 9am Robbie Savage steps in for a half hour, with experts and celebrities of sports to warm-up the listeners to the weekend's sports events. The 5 Live's Saturday Breakfast and Sunday Breakfast start at 6am, as the weekdays' breakfasts, but ends at 9am without further phone-in discussions.
5 Live Breakfast presenters: Nicky Campbell, Clare McDonnel, Rachel Burden, Lisa McCormick, Geoff Lloyd, Tony Livesey, Eleanor Oldroyd, Ayo Akinwolere, Chris Warburton, Sam Walker, Steve Crossman.

BBC Radio 5 Live is available on the analogue way on 909 MW, 693 MW radio frequencies, and by the digital solutions to, we recommend the online radio stream.

SMS: 85058 (Get informed by your network provider about SMS service costs)

Magic FM
Charles and Eddie - Would I Lie To You

Kerrang!
Halestorm - I Am The Fire

Clyde 1
Tones and I - Dance Monkey

Magic Soul
Marvin Gaye - Let's Get It On

Magic at the Musicals
Fame - I Sing The Body Electric

Andrew Flintoff joins talkSPORT for Breakfast
Former international cricketer Andrew ‘Freddie’ Flintoff is joining talkSPORT to co-host Breakfast with Laura Woods Monday to Wednesday. Since retiring from cricket in 2010, Freddie has hosted several programmes on television and radio, including Top Gear and a weekly radio show on 5 Live. He also hosted a podcast with former footballer Robbie Savage and journalist and former table tennis professional Matthew Syed called Flintoff, Savage & The Ping Pong Guy and has won three Radio Academy Awards...More >>
radiotoday.co.uk - 08.04.2020
A Question of Sport finds new home on 5 Live
Long-running television sports quiz A Question of Sport is moving to radio as the coronavirus makes recording TV programmes almost impossible. Team captains Phil Tufnell and Matt Dawson will each be joined by one guest when the show starts on 5 Live this Saturday at 2pm. The series will be launching with four episodes initially. This Saturday Phil is joined by Dion Dublin and Karen Carney will be on Matt’s team. The programme will be made with all participants in their homes to observe social distancing guidelines...More >>
radiotoday.co.uk - 03.04.2020
Audio: Radio industry unites to thank the NHS
Radio stations all over the UK came together to thank NHS workers during the coronavirus pandemic. A mass applause, coordinated under the #clapforourcarers hashtag on social media, showed the country’s gratitude to all the nurses, doctors, GPs, carers and many others working tirelessly to help fight the virus. Industry body Radiocentre encouraged stations from every corner of the UK to take part, with stations including Heart, Capital, LBC, Hits Radio, Absolute Radio, BBC Radio 1, BBC Radio 2 and 5 Live, and Nation Radio, encouraged their millions of listeners to join the applause at their windows, front doors and balconies...More >>
radiotoday.co.uk - 28.03.2020
BBC Radio 5 Live to take Radio London overnight shows
BBC Radio 5 Live will take BBC Radio London’s overnight shows for the foreseeable future In a bid to prioritise its resources, RadioToday can reveal. And as all other BBC local stations currently take 5 Live overnight, they will also relay the programmes of BBC Radio London instead. Dotun Adebayo is the weekday overnight host on BBC Radio London from 1am till 4am, but he is scheduled to move to 5 Live from April 5th. It is unknown at this stage what will happen at that point, but it is presumed Radio London will continue with live programmes around the clock for the foreseeable...More >>
radiotoday.co.uk - 20.03.2020
Roman Kemp and Greg James retain TRIC awards
Roman Kemp has retained the Radio Programme award for Capital Breakfast whilst Greg James is once again voted best Radio Personality at the TRIC Awards. It’s the second year in a row both radio presenters have won the same award – see last year’s article. Roman’s dad Martin Kemp surprised Roman for his award him by presenting it to him on stage. 5 Live’s The Peter Crouch Podcast won Best Podcast. Television & Radio Industries Club event was held the Grosvenor House Hotel in London on Tuesday afternoon, which also handed out a number of awards for television programmes and personalities...More >>
radiotoday.co.uk - 10.03.2020
Audio and Radio Industry Awards 2020 – Winners
The winners at the Audio and Radio Industry Awards 2020 have been revealed at an event at the London Palladium. The BBC took home 17 awards including Emma Barnett for Best Speech Presenter on BBC Radio 5 Live, Radio 1 Breakfast with Greg James for Best New Show, The 1Xtra Breakfast Show with Dotty forBest Music Breakfast Show and Elis James and John Robins for Funniest Show on BBC Radio 5 Live. Bauer Media radio brands were recognised on the night with Absolute Radio winning Gold for their coverage for Mental Health Awareness Week as well as their regional station Forth 1 who won Best Local Radio Show...More >>
radiotoday.co.uk - 04.03.2020
talkSPORT and BBC win at Sports Journalism Awards
BBC Radio 5 Live, BBC World Service, talkSPORT and a number of BBC local radio stations picked up awards at the Sports Journalism Awards in London this week. talkSPORT won the blue ribbon Network of the Year award with Jim White and Natalie Sawyer’s mid-morning show, White & Sawyer winning Best Radio Show/ Audio of the Year. The station’s Bloodgate documentary was highly commended with a silver accolade for its investigation into the rugby fake blood scandal following talkSPORT’s move into specialist documentaries this year...More >>
radiotoday.co.uk - 25.02.2020
5 Live names Julie Cullen as new Managing Editor
BBC Radio 5 Live has appointed Julie Cullen from 6 Music as its new Managing Editor. She replaces Heidi Dawson, who was recently promoted to Controller of 5 Live, and will assist Heidi in shaping the editorial direction of the station. Julie is currently in the BBC 6 Music management team having worked at the station since 2002. At 6 Music, Julie has been a journalist, presenter, executive producer, editor and, most recently commissioning executive. Prior to joining 6 Music, she worked at BBC London as a journalist – and orignally joined the BBC on the Regional News Training Scheme...More >>
radiotoday.co.uk - 14.02.2020
RAJAR Q4 2019: New record for digital radio listening
Digital listening share has increased by 11% to a new record of 58.5%, up from 52.6% in Q4 2018 in the latest figures for Q4 2019. They were boosted by the launch of new national commercial digital stations, and the growth of listening online via smart speakers in home and DAB listening in car. Overall digital listening grew by 43.4 million hours or 8% year on year. Listening via online and apps grew by 28.5 million hours (or by 30%) to now account for 12.5% of all listening and 21.5% of digital listening...More >>
radiotoday.co.uk - 06.02.2020