(Votes:73, Average:4.3)
Please share Your opinion and comments in the Facebook-comment box below the player! If the radio lags, or breaks, please send us a message on the Contact page! If the radio doesn't start at all, try to check the Troubleshooting page to find a solution! 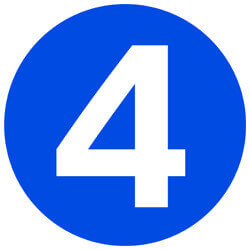 Listen online to the internet radio of BBC Radio 4 live here on UK Radio Live!
BBC Radio 4 has 11 million weekly listeners, and so the second most popular radio in the United Kingdom right after the BBC Radio 2, but it leads the race for the audience in London, and in the South of England. BBC Radio 4 almost completely leaves out music programmes, so works with almost solely speech related programmes, it pursues a deeper insight into a more thoughtful viewpoint through world politics, domestic politics, journalism, and keep up the diversity with refreshing comedy, and gripping readings and drama, but the arts, science, and history topics are also the parts of the talkative programme structure. For actual use, the station offers shipping forecasts, news, and weather reports regularly. At night, from 1:00am to 5:20am, BBC World Service’s selection takes place.
The breakfast show slot is filled with "Today" programme, which is the most popular in the schedule of BBC Radio 4. On weekdays from 6am to 9am and on Saturdays from 7am to 9am Today brings national and international news and affairs, sports, and weather under the scope. Furthermore Today has a three-minute slot around 7:45am for the "Thought for the Day", which is an inspirational thought pack from religious thinkers. Most of the existing religions are represented in this block, and most times the broadcasted thought has some context with one of the main events of the day. "Today" programme's presenters are Justin Webb, Martha Kearney, Mishal Husain and Nick Robinson.

BBC Radio 4's slogan: "Intelligent speech, the most insightful journalism, the wittiest comedy, the most fascinating features and the most compelling drama and readings anywhere in UK radio"

Please start the address on the envelope with the programme name which one You like to send your message to. You can find the exact programme titles on the official BBC Radio 4 site's "Schedules" section - https://www.bbc.co.uk/radio4

SMS: 84844 (Get informed by your network provider about SMS service costs)

Kerrang!
Rage Against The Machine - Bulls On Parade

BBC Radio 4
World at One

Smooth Radio
Labi Siffre - Something Inside (so Strong)

Mellow Magic
The Chi-Lites - Have You Seen Her

Gold Radio
Queen - We Are The Champions

KISSTORY
Strike - U Sure Do

DJ On Tap
Robbie Williams - The Road to Mandalay

kmfm
Jp Saxe / Julia Michaels - If The World Was Ending

BBC Radio 5 Live to take Radio London overnight shows
BBC Radio 5 Live will take BBC Radio London’s overnight shows for the foreseeable future In a bid to prioritise its resources, RadioToday can reveal. And as all other BBC local stations currently take 5 Live overnight, they will also relay the programmes of BBC Radio London instead. Dotun Adebayo is the weekday overnight host on BBC Radio London from 1am till 4am, but he is scheduled to move to 5 Live from April 5th. It is unknown at this stage what will happen at that point, but it is presumed Radio London will continue with live programmes around the clock for the foreseeable...More >>
radiotoday.co.uk - 20.03.2020
BBC local radio switches to news-led AM output
BBC local radio stations will switch to a more news-led service during breakfast and mid-morning shows, opening phone lines and airing expert advice for local communities between 6am and midday. The move comes as the BBC announces the extra measures it will be taking to offer more information and content during the coronavirus COVID-19 outbreak. Under the umbrella Make A Difference, every local radio station will join up with local volunteer groups to help co-ordinate support for the elderly, housebound or at risk, making sure people know what help is available in their area...More >>
radiotoday.co.uk - 18.03.2020
Audio and Radio Industry Awards 2020 – Winners
The winners at the Audio and Radio Industry Awards 2020 have been revealed at an event at the London Palladium. The BBC took home 17 awards including Emma Barnett for Best Speech Presenter on BBC Radio 5 Live, Radio 1 Breakfast with Greg James for Best New Show, The 1Xtra Breakfast Show with Dotty forBest Music Breakfast Show and Elis James and John Robins for Funniest Show on BBC Radio 5 Live. Bauer Media radio brands were recognised on the night with Absolute Radio winning Gold for their coverage for Mental Health Awareness Week as well as their regional station Forth 1 who won Best Local Radio Show...More >>
radiotoday.co.uk - 04.03.2020
RAJAR Q4 2019: London and national brands round-up
Coverage of the general election helped 5 Live, Radio 4 and LBC each add half a million listeners across 2019. 5 Live is up from 4.9m to 5.4m in the Q4/2019 RAJAR listening figures, while Radio 4 has added a similar amount, rising from 10.4m a year ago to 10.9m now. LBC, including new digital station LBC News, posts a record high of 2.7m listeners (up more than half a million year on year), while talkRADIO is up more than 40% from 12 months ago to now have 433,000 listeners a week – another record high for the Wireless station...More >>
radiotoday.co.uk - 06.02.2020
Manveen Rana joins The Times for daily podcast
BBC Radio 4 Today reporter and BBC News journalist Manveen Rana is joining The Times and Sunday Times to host a new daily podcast. News UK and Wireless Studios are working together on the new show, called The Stories of Our Times, which will be available each weekday at 6am. Times columnist David Aaronovitch will also be hosting the podcast once a week. Rana is joining from the BBC where she is an investigative reporter for Radio 4’s Today programme and BBC News, including Panorama and the News at Ten...More >>
radiotoday.co.uk - 27.01.2020
Shortlist out for Audio and Radio Industry Awards 2020
The shortlist for this year’s Radio Academy’s ARIAs have been announced at an event at News UK headquarters in London. Presenters getting nominated include Chris Evans, Greg James, Stephen Nolan, Zoe Ball and Frank Skinner. Bauer leads the Commercial Radio nominees with just over two dozen, whilst we count that News UK has around 15. Global isn’t mentioned due to not submitting any entries once again this year. The rest of the shortlist includes newspapers, independent podcasts, independent producers and presenters, along with a few local radio stations including...More >>
radiotoday.co.uk - 15.01.2020
John Humphrys joins Classic FM on a permanent basis
Classic FM’s new Sunday schedule for 2020 includes former BBC Radio 4 host John Humphrys presenting a weekly programme and the end of the Classic FM Chart. From 5th January, John Humphrys will be on-air each Sunday from 3pm to 5pm sharing his own stories and reflections on his favourite composers and their music. Charlotte Hawkins, who currently hosts that slot, will present a new Sunday night edition of Smooth Classics at Seven, keeping her Young Classical Star feature but in a new time slot...More >>
radiotoday.co.uk - 11.12.2019
Greta Thunberg to guest edit BBC Radio 4's Today programme
The Swedish activist will interview leading figures in the fight against global heating - Greta Thunberg is to swap leading the global fight against the climate crisis for the more stressful experience of directing a group of high-profile BBC presenters, after being announced as one of this year’s guest editors for Radio 4’s Today programme. The environmental activist will take control of an episode of the BBC’s flagship radio news programme at the end of this year, speaking to leading figures in the fight against global heating and hearing from indigenous, frontline activists...More >>
www.theguardian.com - 23.11.2019
Kenneth Branagh returns to Radio 4 in Stalingrad
Kenneth Branagh, Greta Scacchi, Mark Bonnar, Ann Mitchell, Doon Mackichan, Kenneth Cranham and more star in a dark and honest account of the epic battle of Stalingrad by celebrated war reporter and author, Vasily Grossman. Two part drama based on war reporter Vasily Grossman’s account also stars Greta Scacchi and Mark Bonnar. Anton Lesser reads Grossman’s private journal - translated into English for the first time - in a Book Of The Week special. Translated by Robert and Elizabeth Chandler, Stalingrad is a prequel to Grossman’s novel Life And Fate which was adapted by Radio 4 in 2011 and featuring many of the same acclaimed cast.More >>
www.bbc.co.uk - 12.11.2019