(Votes:49, Average:4.9)
Please share Your opinion and comments in the Facebook-comment box below the player! If the radio lags, or breaks, please send us a message on the Contact page! If the radio doesn't start at all, try to check the Troubleshooting page to find a solution! 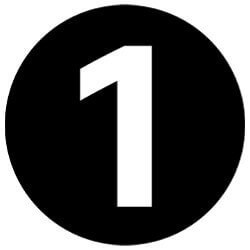 Listen online to the internet radio of BBC Radio 1 live here on UK Radio Live!
BBC Radio 1 is the third most popular radio station in the United Kingdom after the BBC Radio 2 and the BBC Radio 4. More than 8.9 million weekly listeners keep up their actual musical freshness with the latest releases, and with the up to date music broadcasted by BBC Radio 1. BBC Radio 1 also gives chance for the emerging talents to become famous, and supports them in their beginner steps. BBC Radio 1 is the host of world famous programme Essential Mix, and Radio 1’s Live Lounge, and UK’s Official Chart. Worldwide known DJs contribute to the BBC Radio 1’s unquestionable musical offer, like Adele Roberts, Annie Mac, Clara Amfo, Dev Griffin, Huw Stephens, Nick Grimshaw, Pete Tong, Scott Mills.
BBC Radio 1’s music genre selection has one of the widest variety in the UK’s radio stations.
From Monday to Thursday BBC Radio 1 Breakfast Show wakes the listeners up under Greg James' funny leadership from 6:30am to 10am. On Friday, Saturday, and Sunday Matt Edmondson and Mollie King take the morning show's potmeter from 6am to 10am.
In the schedule, Newsbeat news programme throughout the day gives the short and easily digestible info packages about the world, and about the UK to the listeners, furthermore phone-in talks with the presenters diversify the unstoppable flow of music.

BBC Radio 1 availability: You can listen to BBC Radio 1 on the traditional analogue radio way, on 97-99 FM in the territory of the United Kingdom, and the digital solutions are also optionable, we recommend the online radio stream.

You can send e-mail to specific programmes, and DJs, and presenters. Individual e-mail addresses, and contact options can be found on the official BBC Radio 1 site – https://www.bbc.co.uk/radio1

Phone: Studio: +44 0370 010 0100 - In case of daily competitions and when presenters ask for callers. (Check your phone provider about actual call costs)

SMS: 81199 (Get informed by your network provider about SMS service costs)

JMA Radio
Bonnie Raitt - I Cant Make You Love Me

Absolute 80s
The Police - Don't Stand So Close To Me

Joy Hits
The Weeknd Feat. Doja Cat - In Your Eyes

Cool FM
Keith Urban and Pink - One Too Many

Downtown Country
Russell Dickerson - Love You Like I Used To