(Votes:44, Average:5)
Please share Your opinion and comments in the Facebook-comment box below the player! If the radio lags, or breaks, please send us a message on the Contact page! If the radio doesn't start at all, try to check the Troubleshooting page to find a solution! 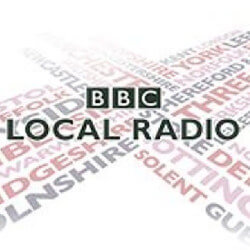 Listen live to the internet radios of BBC Local stations. BBC Radio as the public provider of the most popular national radio broadcasts, operates local and regional radios too, and so ensures locally relevant information sources all over the UK. The local radios of BBC are primarily informative radios with more emphasis on speech related content, news, sports, but they also broadcast music.
There are more than 40 local radios of the broadcaster today, their launch happened one after another over the years. The first station of the non-commercial local network was the Leicester station in 1967, and the last station which became permanent in the network is the Berkshire station started in 1992.
The playlists of the local radios bring a selection from the pop music of all-times, and most of the network's stations has individual musical line-up. The radios’ programme structures built-up mainly from locally produced contents, and have some shared, and simulcasted programmes in the network.

You can select the local and regional stations below the player.

You can find all radios of BBC, and their individual contact options on the official website here:
https://www.bbc.co.uk/radio/stations

Heart FM
Rita Ora - I Will Never Let You Down

Smooth Radio
Billy Ocean - When The Going Gets Tough

Gem 106
Corona - The Rhythm Of The Night

Magic at the Musicals
The Greatest Showman - This Is Me

Union JACK
Mike And The Mechanics - Over My Shoulder

Cool FM
Tones and I - Fly Away

Michelle Dignan to host BBC Radio Manchester Breakfast
BBC Radio 5 Live travel presenter Michelle Dignan is joining BBC Radio Manchester to presenter the breakfast show. Michelle, who has also worked for Bauer at various stations around the north of England, replaces Becky Want next month. In addition to doing voice-overs for the last 15 years, Michelle has co-hosted breakfast at Key 103 in Manchester, Rock FM in Lancashire and Hallam FM in Sheffield...More >>
radiotoday.co.uk - 22.09.2021
Radio services off-air after fire at a North Yorkshire transmitter site
Local and regional radio stations including Capital, Heart, TFM and BBC Radio Tees have lost their analogue FM services around North Yorkshire following a fire at the Bilsdale mast. National stations Radio 1, Radio 2, Radio 3, Radio 4 and Classic FM along with local DAB services on the MuxCo multiplexes are also suffering from reduced coverage in the area. Freeview services carried by the site are also off-air...More >>
radiotoday.co.uk - 10.08.2021
Elise Evans to replace Daz Hale at BBC Radio WM Breakfast
Elise Evans has been appointed as the new breakfast show presenter on BBC Radio WM. Elise, who will replace Daz Hale, has been presenting for 10 years and joined BBC Radio WM two years ago. She has fronted shows across the schedule and most recently was the voice of the BBC Radio Wolverhampton Breakfast show, the temporary station launched in response to the pandemic...More >>
radiotoday.co.uk - 21.06.2021
MBE for Simon Mayo in the Queen’s Birthday Honours
Simon Mayo has been awarded an MBE for services to radio broadcasting in the Queen’s Birthday Honours List 2021. The list demonstrates the extraordinary efforts made by individuals in all four nations of the United Kingdom during the pandemic. Also being recognised is Beverley Humphreys from BBC Radio Wales for her services to Community Cohesion and Broadcasting, Mark Robinson, founder of Prison Radio, for services to...More >>
radiotoday.co.uk - 11.06.2021
BBC Radio Scotland signs up Biffy Clyro frontman Simon Neil
Biffy Clyro frontman Simon Neil joins BBC Radio Scotland’s presenting line-up next month with a brand new six-part series that will explore his love of music. He’ll also share tracks from artists that have inspired him as a musician and music fan. Each show will focus on a different music genre with Simon sharing a unique and passionate look into tracks that have provided the backdrop to both his personal and professional life...More >>
radiotoday.co.uk - 03.06.2021
Allan Beswick moves to weekends on Local BBC Radio
Weeknight phone-in host Allan Beswick, who is heard across BBC Radio Lancashire and BBC Radio Manchester Monday to Thursday, is moving to weekends only. Allan has hosted the show since 2014, and the move means each station will move to provide local programmes in their own areas. John Gillmore will host 10pm till 1am on BBC Radio Lancashire (and Cumbria), whilst Anna Jameson will be on BBC Radio Manchester...More >>
radiotoday.co.uk - 24.05.2021
Local BBC Radio to support children’s mental health organisations
Local BBC radio stations are promoting opportunities to volunteer with organisations through the ‘Make a Difference Happy Heads’ campaign, to support children and young people’s mental health and well-being. All 39 stations will be promoting these roles on-air and online and encouraging audiences to volunteer via the BBC Make a Difference website. Recent data published by BBC Children in Need found that more than two-thirds of children and...More >>
radiotoday.co.uk - 19.05.2021
BBC Essex introduces its own local Late Show
BBC Essex has introduced a new local late show presented by Tony Fisher. Tony will is now on-air Monday to Thursday weeknights between 10pm and 1am having started this week, with Fridays continuing to be presented by Nick Risby. Nick hosts the show Monday to Friday across the Eastern region and will continue to do this. Also from this week, the local BBC Radio station becomes one of the only stations in England to...More >>
radiotoday.co.uk - 13.05.2021
Stephanie Hirst leaves BBC Radio Leeds show
Stephanie Hirst is leaving BBC Radio Leeds this week after three years on-air hosting a daily show. She joined the station to host mid-mornings in 2018 but has more recently been presenting 2pm till 6pm whilst all local stations have standardised four hour slots. Stephanie’s last show will be this Friday. She told RadioToday: “Thank you to the BBC for allowing me to live out a childhood dream of working for the corporation. “I’ve worked alongside some of the most talented and...More >>
radiotoday.co.uk - 22.04.2021

16:26Jackie Wilson - I Get the Sweetest Feeling