(Votes:12, Average:5)
If the online broadcast of Absolute 10s doesn't start, or lags, please contact us on the Contact page, or try to find the error on the Troubleshooting page. 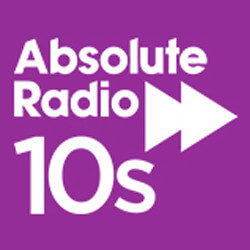 Listen to the internet radio of Absolute 10s live, which is the youngest decade oriented sister station of Absolute Radio, started on 18th November 2019. Absolute 10s is distributed digitally and is in the ownership of Bauer Radio Ltd., member of the Planet Radio station fleet. The broadcaster builds the music content from the last decade's best pop, rock, alternative, hip-hop and urban songs.
The station ignites the mornings and sets the vibes of the weekdays' mornings with the "The Dave Berry Breakfast Show" on weekdays from 6am to 10am with Dave Berry and Matt Dyson. The programme also provides fresh news packages to the listeners by Emma Jones. The Saturday mornings are started by "The Frank Skinner Show" commanded by the award-winning comedian Frank Skinner.

Absolute 10s slogan: "The Biggest Songs from the Last Decade"

Heart Dance
Grace - Not Over Yet

Radio Caroline
Dr Feelgood - She Does It Right

DJ On Tap
The Originals - The Bells

U105
Elton John And Britney Spears - Hold Me Closer

House Party Radio
On Air: In The House Mix with Mike Taylor - @housepartyradio

Pure Radio
Kristen Bell - Do You Want To Build A Snowman?

SunKiss
Andy Williams - Can't Take My Eyes Off You

Radio Essex
Tate Mcrae - She's All I Wanna Be

45 Radio
Elton John - Are You Ready For Love

New presenters for Absolute Radio late shows
The Absolute Radio late show will be re-launched in the New Year with Jay Lawrence on weeknights and Dan Noble on weekends. Jay joined the station in 2018 and this year launched Through the Decades on weekends, playing three hours of music from the brand’s decade stations – Absolute Radio 60s to Absolute Radio 10s. He’ll move to weeknights, Monday-Thursday 10pm – 1am, bringing Through The Decades to the first hour of each programme, and will also become the host of Rock N Roll Football on Sundays...More >>
radiotoday.co.uk - 16.12.2019
Bauer to launch Absolute Radio 10s online
Dave Berry has just announced the launch of a new station from the Absolute Radio family, featuring music from the 2010s. Absolute Radio 10s joins 60s, 70s, 80s, 90s, 00s and Absolute Classic Rock, and will also carry the Dave Berry Breakfast Show, Bush and Richie at Hometime and Frank Skinner and Jason Manford at the weekend. Bauer says the station will not be on DAB, instead forming part of its “digital innovation product strategy” by going online only...More >>
radiotoday.co.uk - 18.11.2019

Radio Caroline
Dr Feelgood - She Does It Right

Absolute 90s
D:ream - Things Can Only Get Better