(Votes:19, Average:4.9)
Please share Your opinion and comments in the Facebook-comment box below the player! If the radio lags, or breaks, please send us a message on the Contact page! If the radio doesn't start at all, try to check the Troubleshooting page to find a solution! 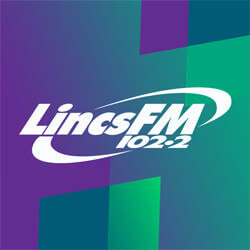 Listen live to the internet radio of Lincs FM live, which is in the ownership of Bauer Radio Ltd.
The broadcaster serves primarily Lincolnshire related news content to its listeners and traffic-travel info, weather updates are also included besides the talk-shows, phone-ins in the schedule.
Lincs FM's playlist brings mostly the proved classic pop hits starting from the 70s in parallel with some of the crispy current pop hits, so even elders and youngsters can enjoy the diverse music line-up. The radio continuously runs competitions giving chance to the listeners to win money by the Lincs FM Cash Register and various prizes. The radio's mornings start with Joseph Begley's morning show on weekdays from 5am to 10am.

Smooth Radio
Leann Rimes - How Do I Live

Clyde 1
Lewis Capaldi - Before You Go

Absolute Classic Rock
U2 - Where The Streets Have No Name

Absolute 90s
The Farm - All Together Now

Capital XTRA
Christopher Martin - Lets Get To It

Absolute 70s
Detroit Spinners - Could It Be I'm Falling In Love

Hits Radio
Alicia Keys - No One

Pirate FM and Lincs FM to take Bauer’s chart show
Bauer’s Sunday afternoon chart countdown is to air on Pirate FM and Lincs FM from this weekend. The Hits Radio Network’s ‘UK Chart Show’ is hosted by Sarah Jane Crawford and can be heard across stations such as Metro Radio, Radio Clyde and Radio City. On Lincs FM, it replaces the locally made Top 30 with Joseph Begley, whilst at Pirate FM it provides an alternative to the current non-stop music. Joseph will continue to host his Saturday breakfast show on Lincs FM...More >>
radiotoday.co.uk - 11.02.2021
RAJAR Q3 2019: Regional and local radio facts and figures
The big stories from the regions are that Heart has increased its audience despite rolling out a national breakfast show, and Greatest Hits Radio stations are taking a beating under their new names. Global - For the Heart brand, overall, it has seen an increase in listeners since taking its breakfast show national. It now has 9.8m weekly reach compared with 9.7m last quarter and 9.6m last year. In the regions, seven Hearts went up including Scotland and North East England, nine went down including West Midlands and two stayed the same...More >>
radiotoday.co.uk - 24.10.2019
David Lloyd releases new Radio Secrets book
A new insider’s guide to presenting and producing powerful content for broadcast and podcast has been written by David Lloyd. David has spent 35 years in radio, mostly in management, from LBC to Virgin, Century to Galaxy, Trent to Lincs FM, Free Radio to Gem 106 and BBC. He is now offering consultancy services and producing a weekly Radio Moments podcast and regular hour-long Conversations series with radio people who have made a difference. David tells RadioToday: “I wanted to write a new book which really fitted today’s"...More >>
radiotoday.co.uk - 27.08.2019
RAJAR Q1 2019: Regional and local radio facts and figures
Whilst the national news is all about new radio stations and breakfast shows, the main headlines in the regions are about one of Bauer’s latest brands. The first results for Greatest Hits Radio in England show a mainly downward trend following the rebrand from City 2 stations last quarter.More >>
radiotoday.co.uk - 16.05.2019
Opinion: UK commercial radio presenter numbers could drop by more than 250
With news that Global is to introduce networked breakfast shows and have just a handful of local drive shows across Capital, Heart and Smooth, RadioToday’s Stuart Clarkson has done the maths on what it means for presenter roles across commercial radio. Our exclusive figures show that presenter numbers could drop by more than 250 if both Global and Bauer take full advantage of the recent changes in localness guidelines from Ofcom.More >>
radiotoday.co.uk - 26.02.2019
All Saints get up close and personal with Lincs FM
Lincs FM played host to All Saints in an intimate gig to around 200 of their listeners this week in Newark. All the tickets for the show at the Palace Theatre in the town were won by listeners to the radio station. On bringing All Saints to Newark, Lincs FM’s Programme Manager Sam Heywood said: “I am thrilled that Lincs FM could bring All Saints to the area days before their new album is out and show the people of Newark what we are all about.More >>
radiotoday.co.uk - 27.07.2018

23:47Whitney Houston - I Will Always Love You

23:26Labi Siffre - Something Inside So Strong
Get older songs