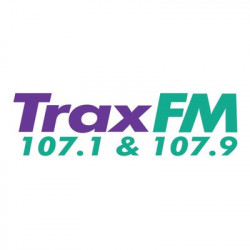 Trax FM's service has been ended on 31.08.2020 in its original form - but continues its operation as Greatest Hits Radio South Yorkshire.
The description below is about the original Trax FM - it will be available for a few months, and later this radio will be removed from the list, but the broadcast will be available on the Greatest Hits Radio page!

Trax FM launched as two separate, but similar stations in 1998, broadcasting from Doncaster, and Bassetlaw studios. In 2007 they were combined into one more powerful, and expanded radio service united in Doncaster. Trax FM is in the ownership of Bauer Radio Ltd., and has 81.000 weekly listeners in the United Kingdom.
Trax FM brings the best mainstream music of the last 40 years. Greatest hits are important part of the line-up, but also current pop music diversify the musical palette, and lyric music take place as dynamic ones too.
As local station, Trax FM supplies South Yorkshire and North Nottinghamshire with locally relevant news, sports, travel and traffic information, and weather reports.
In the morning slot, Alex Cann steers the waves on weekdays from 6am to 10am. On Sundays Global's "The Vodafone Big Top 40" is broadcasted from 4pm to 7pm.

Trax FM availability: You can tune your traditional analogue radio on 107.1 FM in Doncaster, and on 107.9 FM in Bassetlaw. Digital solutions are also part of the distribution, we recommend the online radio stream.

SMS: 88833 - Please start your message with “TRAX”
(Get informed by your network provider about SMS service costs)

Mellow Magic
Marvin Gaye - Let's Get It On

Smooth Radio
George Michael Feat. Aretha Franklin - I Knew You Were Waiting (For Me)

Cheesy FM
It Bites - Calling All The Heroes

Revenge FM
Corona - Try Me Out

Absolute 90s
Lenny Kravitz - It Ain't Over Till It's Over

Absolute 70s
Status Quo - Down Down

Joy Hits
Celeste - Love Is Back

Smooth Country
Don Williams - I Believe In You