(Votes:12, Average:5)
Please share Your opinion and comments in the Facebook-comment box below the player! If the radio lags, or breaks, please send us a message on the Contact page! If the radio doesn't start at all, try to check the Troubleshooting page to find a solution! 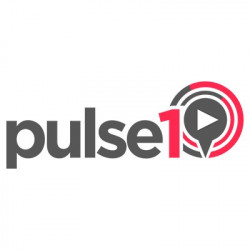 Listen online to the internet radio of Pulse 1 live here, on UK Radio Live!
Pulse radio started its broadcasting in 1975 as “Pennine Radio” from its Bradford station. In the decades, had some name changes, as “Pennine FM” in the 80’s, and “The Pulse” in the 90’s. Today Pulse 1 is in the ownership of Bauer Radio Ltd., and has 140.000 weekly listeners in the UK.
Pulse 1’s schedule is built from locally produced and networked programming from Bauer Radio Ltd.'s studios, like "The Total Access Top 40" on Sundays, from 4pm to 7pm, which is a brand-new chart show led by Olivia Jones, with the hottest 40 songs.
The locally produced programmes of Pulse 1 keep the listeners informed about West Yorkshire with local news, sports, travel-traffic and weather updates, and keep entertained with good mooded programmes with presenters, whose chats bring humour as well as real topics in the air. The music line-up rolls primarily the latest popular songs, but also checks back the bests of the last 30 years’ pop.
The elevated mood of the mornings of West Yorkshire are guaranteed by Rosie Madison and Danny Mylo in “Pulse 1 Breakfast Show with Mylo & Rosie” on weekdays between 6am and 10am.

You can select Pulse 1's sister stations below the player, Pulse 2, Pulse 80s, and the temporarily working Pulse Christmas (available in December)!

Pulse 1 availability: You can tune in your traditional analogue radio on 97.5 FM and 102.5 FM in West Yorkshire. You can follow Pulse radio on the digital ways, we recommend the online radio.

E-mail: general[kukac]pulse.co.uk
You can send your message to Pulse 1 from the official Pulse 1 website here: https://www.pulse1.co.uk/contact

SMS: 87222 - Please start your message with “PULSE”
(Get informed by your network provider about SMS service costs)

Magic Soul
Brandy and Monica - The Boy Is Mine

Absolute Radio
U2 - Angel Of Harlem

Magic at the Musicals
Dreamgirls - Listen

DJ On Tap
Huey Lewis & the News - Stuck With You

kmfm
Adele - Send My Love (To Your New Lover)

Smooth Country
Shania Twain - From This Moment On

Absolute 80s
Kid Creole and The Coconuts - Annie, I'm Not Your Daddy

Absolute 90s
Guns N Roses - You Could Be Mine

RAJAR Q4 2019: Regional and local radio facts and figures
The big stories from around the regions this quarter include Capital Scotland shedding 104,000 listeners, whilst Hits Radio and Greatest Hits Radio increased listeners in the North of England. Global brands - The majority of regional and local Capital stations are down – including Capital Scotland which falls from 513,000 to 409,000 weekly reach, Capital South Wales going from 213,000 to 180,000, Manchester down from 493,000 to 437,000 and Yorkshire down to its lowest figure of 849,000. Recently acquired and...More >>
radiotoday.co.uk - 06.02.2020
Shortlist out for Audio and Radio Industry Awards 2020
The shortlist for this year’s Radio Academy’s ARIAs have been announced at an event at News UK headquarters in London. Presenters getting nominated include Chris Evans, Greg James, Stephen Nolan, Zoe Ball and Frank Skinner. Bauer leads the Commercial Radio nominees with just over two dozen, whilst we count that News UK has around 15. Global isn’t mentioned due to not submitting any entries once again this year. The rest of the shortlist includes newspapers, independent podcasts, independent producers and presenters, along with a few local radio stations including...More >>
radiotoday.co.uk - 15.01.2020
Christmas specials planned at former Wireless stations
The stations formerly known as Wireless Local have created a number of special programmes to broadcast across their Christmas schedules. The group’s in-house team of producers & programmers have created shows with Chris Kamara, Robbie Williams, Tom Walker and Rick Astley that will feature on their schedules over the Christmas and New Year holiday. Robbie Williams, Rick Astley and ‘Christmas Kamara’ are on air on Christmas Day and Tom Walker presents his own one hour special on Boxing Day...More >>
radiotoday.co.uk - 11.12.2019
RAJAR Q3 2019: Regional and local radio facts and figures
The big stories from the regions are that Heart has increased its audience despite rolling out a national breakfast show, and Greatest Hits Radio stations are taking a beating under their new names. Global - For the Heart brand, overall, it has seen an increase in listeners since taking its breakfast show national. It now has 9.8m weekly reach compared with 9.7m last quarter and 9.6m last year. In the regions, seven Hearts went up including Scotland and North East England, nine went down including West Midlands and two stayed the same...More >>
radiotoday.co.uk - 24.10.2019
Jacqui Blay appointed Content Controller at Pulse 1 & 2
Pulse in West Yorkshire has appointed Jacqui Blay as Content Controller, succeeding Tony McKenzie. Jacqui is being promoted from her current role as Head of Presentation and host of Mid Mornings on Pulse 2, and has been at the two stations for almost 20 years. Station Director, Roger Cutsforth said “it’s a bittersweet moment as we bid a fond farewell to Tony Mac, I’ve thoroughly enjoyed our time working together and I’m incredibly grateful for the legacy Tony has left us, but I’m also really looking forward to...More >>
radiotoday.co.uk - 16.08.2019
RAJAR Q1 2019: Regional and local radio facts and figures
Whilst the national news is all about new radio stations and breakfast shows, the main headlines in the regions are about one of Bauer’s latest brands. The first results for Greatest Hits Radio in England show a mainly downward trend following the rebrand from City 2 stations last quarter.More >>
radiotoday.co.uk - 16.05.2019
Opinion: UK commercial radio presenter numbers could drop by more than 250
With news that Global is to introduce networked breakfast shows and have just a handful of local drive shows across Capital, Heart and Smooth, RadioToday’s Stuart Clarkson has done the maths on what it means for presenter roles across commercial radio. Our exclusive figures show that presenter numbers could drop by more than 250 if both Global and Bauer take full advantage of the recent changes in localness guidelines from Ofcom.More >>
radiotoday.co.uk - 26.02.2019
Olivia Jones replaces Elliot Holman on Total Access
The Total Access evening show, which airs across local radio stations owned by Wireless, is getting a new host as Olivia Jones takes over from Elliot Holman... Wireless’ Group Programme Director for Local Radio, Terry Underhill told RadioToday: “Elliot has done a fantastic job building Total Access to record high audience levels and we are delighted that he’s accepted our offer to take over the mid-morning show on Signal 1. Olivia is the perfect person to take over Total Access. Her energy, enthusiasm and talent will shine in our newly refreshed network evening show.”...More >>
radiotoday.co.uk - 30.01.2019
Wireless creates its own weekly Top 40 show
Local radio stations owned by Wireless are to broadcast a new weekly Top 40 chart show each Sunday afternoon from 4pm till 7pm. The Total Access Top 40 will be hosted by Olivia Jones and available on nine stations – Signal 1, Signal 107, Wish FM, Pulse 1, Peak FM, Tower FM, Wire FM, Radio Wave and The Wave. The chart will be compiled from airplay, downloads and sales in the UK and sponsored by The Sun.More >>
radiotoday.co.uk - 20.12.2018

01:00 - Max Mallen
Max keeps you company through the night with The Best Music Mix, including High School Hits at 2am.
06:00 - Mylo & Rosie
Wake-up with Mylo & Rosie. Play 'What The Film?' after 6am. See if you can 'Beat The Bandit' and win £100 after 8am and 'Guess The Year' on The 9 o'Clock Rewind
10:00 - Paul Griffiths
Join Paul Griffiths through the day with The Best Music Mix, Anthems@11 and Guess The Ad.
14:00 - The 2 o'Clock Takeover
Take over Pulse 1 with your shout outs, leave your message on 01274 20 30 50
15:00 - Matt Wilkins
Join Matt for The Best Music Mix on the Drive Home on Pulse 1. Enjoy High School Hits at 3pm and play 'Door Matt' just after 5pm. Plus Matt will keep you up to date with the latest Traffic and Travel and News for West Yorkshire
19:00 - Total Access: Olivia Jones
The home of the biggest stars and the freshest music.
22:00 - Spence Macdonald
The Late Show with Spence