(Votes:12, Average:5)
Radio is offline!
Please share Your opinion and comments in the Facebook-comment box below the player! If the radio lags, or breaks, please send us a message on the Contact page! If the radio doesn't start at all, try to check the Troubleshooting page to find a solution! 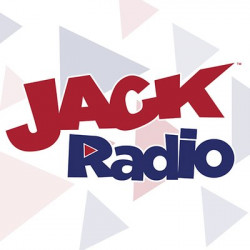 Listen online to the internet radio of JACK Radio live here, on UK Radio Live!
JACK Radio is the new extension of Oxis Media’s “JACK” brand. Launched on 23rd of October in 2018 as a digitally broadcasted station, which program structure comes from women, and it’s all about women. The presenters are women, and the played music are also the works of female artists. Even in the discussed topics, the females are under the scope, and are in command.
JACK Radio has 123.000 weekly listeners in the UK by its digital distribution.

BBC Radio 2
Tom Jones - No Hole In My Head

Absolute Classic Rock
The Police - Message In A Bottle

Cool FM
Keith Urban and Pink - One Too Many

Absolute 70s
The Police - Message In A Bottle

Nominations for the 2020 IRN Awards revealed
The nominations for the 2020 IRN Awards have been announced by Sky News presenter Kay Burley. There are 12 categories including the Student Journalist of the Year prize which is supported by the Broadcast Journalism Training Council. The awards event itself will take place at Sky Cinema in west London on Thursday 26th March 2020, also hosted by Kay. IRN Editor and Chair of Judges, Dave Terris said: This is a stellar list of nominations representing the gold standard in commercial radio news and sport...More >>
radiotoday.co.uk - 12.02.2020
RAJAR Q4 2019: London and national brands round-up
Coverage of the general election helped 5 Live, Radio 4 and LBC each add half a million listeners across 2019. 5 Live is up from 4.9m to 5.4m in the Q4/2019 RAJAR listening figures, while Radio 4 has added a similar amount, rising from 10.4m a year ago to 10.9m now. LBC, including new digital station LBC News, posts a record high of 2.7m listeners (up more than half a million year on year), while talkRADIO is up more than 40% from 12 months ago to now have 433,000 listeners a week – another record high for the Wireless station...More >>
radiotoday.co.uk - 06.02.2020
RAJAR Q3 2019: London and national brands round-up
Zoe Ball has lost another 364,000 listeners to her BBC Radio 2 breakfast show in the latest radio listening figures from RAJAR. It means more than a million weekly listeners have switched off since she took over the breakfast show from Chris Evans in January. In the period 24th June to 15th September 2019 (Q3/2019), Radio 2 breakfast had a weekly reach of 7.902m – that’s down from 8.266m in Q2 and 9.047m in Q1.While Zoe is still the presenter of the UK’s biggest breakfast show, the figures are the lowest for the slot in a decade – since...More >>
radiotoday.co.uk - 24.10.2019
RAJAR Q2 2019: London and national brands round-up
Zoe Ball has lost more than three quarters of a million listeners to her BBC Radio 2 breakfast show, according to the latest audience research from RAJAR. The show’s reach is down 781,000 quarter-on-quarter to 8.266m for the three months survey period up to the 23rd June 2019. In Q1/19 she had 9.047m listeners; in Q2/2018 Chris Evans reached 9.038m. Radio 2’s audience at breakfast is now the lowest its been since Q3/2010, when Evans was fairly new in the job.More >>
radiotoday.co.uk - 01.08.2019
RAJAR Q1 2019: Regional and local radio facts and figures
Whilst the national news is all about new radio stations and breakfast shows, the main headlines in the regions are about one of Bauer’s latest brands. The first results for Greatest Hits Radio in England show a mainly downward trend following the rebrand from City 2 stations last quarter.More >>
radiotoday.co.uk - 16.05.2019
RAJAR Q1 2019 – Zoe & Chris plus national and London radio round-up
Chris Evans and Virgin Radio both reached over a million listeners in the first quarter of 2019. The digital station’s audience has almost trebled compared with the last period of 2018 thanks to the arrival of Evans from Radio 2. In Q1/2019 it posts a weekly reach of 1.3m and total hours of 7.765m. A year ago those figures were 427,000 and 1.632m. Last quarter they were 447,000 and 1.686m.More >>
radiotoday.co.uk - 16.05.2019
JACK Radio to start live daytime spiritual show
JACK Radio has hired Spiritual Counsellor Margaret Bowman and Clairvoyant-Medium Ruth Phillips to front a new show each lunchtime called Universally Speaking. The live programme will air each weekday from 11am till 1pm, and focus on the mind, body and spirit, offering listeners the opportunity to learn about elements including meditation, mindfulness and tapping into their own intuition.More >>
radiotoday.co.uk - 02.05.2019
JACK Radio launches Inspirational Women series
To mark International Women’s Day, JACK Radio is launching Inspirational Women – a series of segments that showcases stories about women. JACK Radio’s Inspirational Women will see 12 stories broadcast throughout the day on International Women’s Day, covering women in conservation, literature, nursing, computing, science, human rights/education, aviation, sport, culinary arts, music and civil rights/activism...More >>
radiotoday.co.uk - 07.03.2019
All-female radio station called JACK launching today
The latest JACK-branded radio station will play 100% female artists when it launches in the UK at midday today. JACK Radio – a brand extension from the Oxford station JACK fm and national UK station Union JACK – will take the Jack 3 slot on SDL. In 2017, the team behind JACK in the UK, Oxis Media, said a new “Jack with a twist...More >>
radiotoday.co.uk - 23.10.2018

08:31Aztec Camera - Somewhere In My Heart